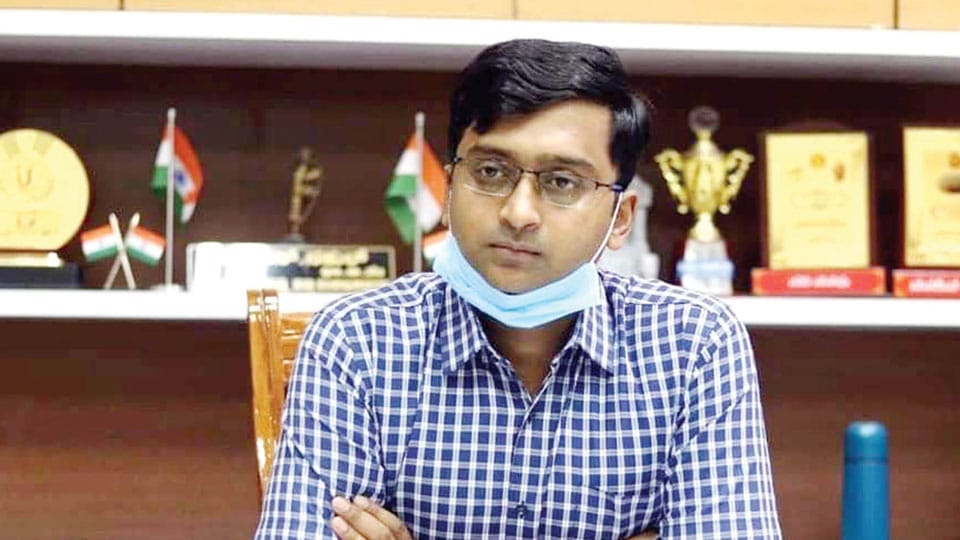 According to an order from the Department of Personnel & Training (DoPT), Nakul has been appointed as Private Secretary to Nirmala Sitharaman for a period of five years with effect from the date of assumption of the charge of the post or on co-terminus basis with the Minister or till he ceases to function as Private Secretary to the Minister or until further orders, whichever is earlier.

Nakul is a 2010-batch Indian Administrative Service (IAS) Officer of Karnataka cadre. He is currently serving as Deputy Commissioner of Ballari District. An Engineering Graduate (BE in Electronics & Communications) from Mysuru, he joined civil services in 2010.

Nakul hails from Kushalnagar in Kodagu district and is the son of well-known entrepreneur Rotarian S.K. Satish and Shobha Satish. He has served as Deputy Commissioner and Zilla Panchayat CEO in many districts. Nakul is married to Poojita and they have a boy child.

He has shown exemplary uprightness and efficiency in the use of Ballari district’s mineral fund and State disaster management fund for COVID relief such as setting up special wards in hospitals, construction of oxygen tanks, procuring masks, PPE kits, medicines and equipment.

On his deputation to Central service, Nakul said “The PMO had sought my opinion two weeks back. I couldn’t say no… It’s an opportunity to learn new lessons of public administration. I will join the Central service after the completion of Gram Panchayat election process.”

When he was the CEO of Ballari ZP, Nakul had emerged as a trend-setter by getting his wife’s maiden delivery done at the district hospital in Ballari at a time when it has become common even for the economically weak to prefer private hospitals or nursing homes for deliveries.

“The district hospital has experienced doctors, performing over 10 deliveries daily. The hospital has almost all the facilities and above all it is clean and tidy which made us prefer Government Hospital,” Nakul had told reporters then.