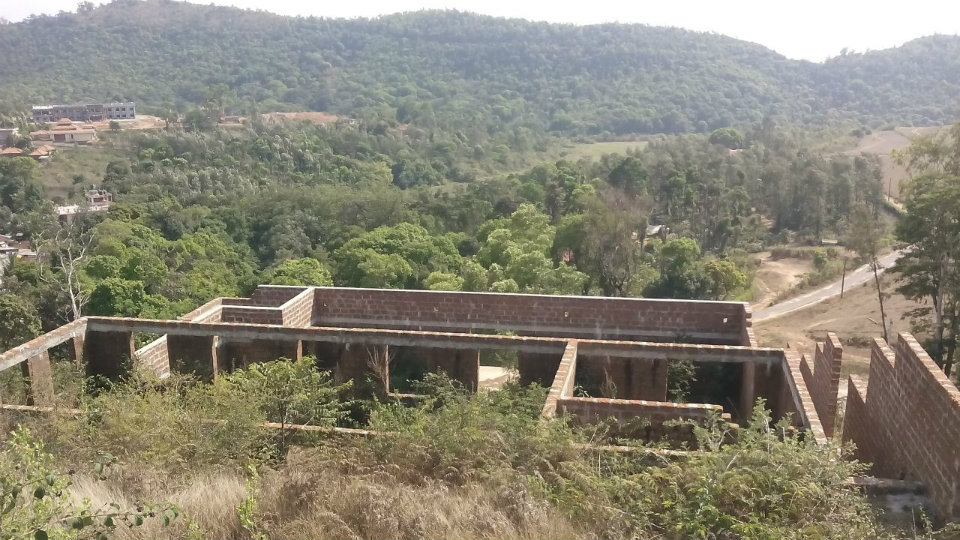 Kodava “Ain Mane” (ancestral home), where all members belonging to a particular family lived, is a mere tradition now as elders have gone, families have split and migrated in search of greener pastures. “Ain Mane” has an important role in the socio-cultural traditions of Kodavas. Each “Ain Mane” belongs to an ‘okka’ (patrilineal clan) that is identified by a family name.

There are over 1,000 Kodava families each with a distinct family name. Unfortunately, most of them do not have an “Ain Mane” of their own. And those few families that have “Ain Mane” are protecting the tradition by organising annual offering, “meedhi,” to the “Guru Karona” (ancestor) bringing together under one roof men, women and children of the family who are settled outside the district. Festivals such as “Puttari,” “Kail Poldu” and “Cauvery Changrandi” also pave the way for the meeting of family members in the “Ain Manes.”

To introduce the concept of “Ain Mane” to visitors and to keep the tradition alive, a Kodava Heritage Centre Project was sanctioned to Kodagu and the project site was identified at Karavale Badaga Village on the outskirts of Madikeri. The project was sanctioned in 2009-2010 and Rs. 1.45 crore allotted. Later, the funds were increased to Rs. 2.53 crore. 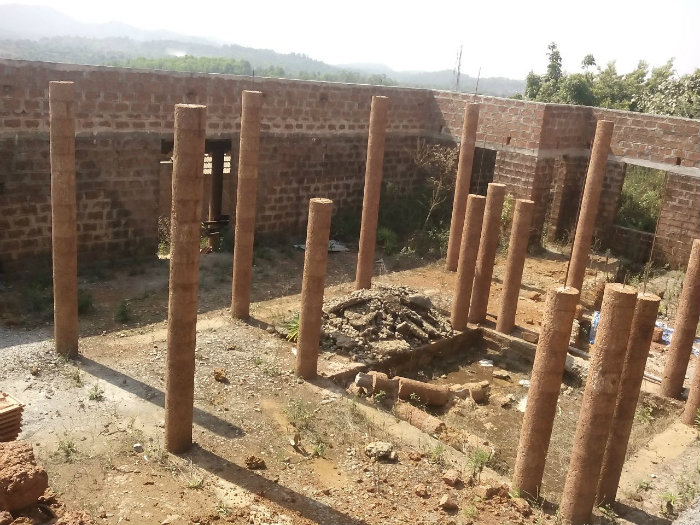 The traditional “Ain Mane” of Kodagu has a unique architectural style. Those that are still standing today generally date from about 150 to 250 years ago, and have evolved from the simple ‘balyamanés’ of earlier times. An “Ain Mane” is a symbol of Kodava culture.

The Kodava Heritage Centre was planned in a four-acre land and the foundation stone was laid on Sept. 21, 2012. But the sad part is that the works that began with much fanfare has virtually stopped now and only 30 percent works have been completed. The contractor was supposed to complete the project and hand it over to the Tourism Department for maintenance.

The grants for the project were released by National Bank for Agriculture and Rural Development (NABARD) and the Public Works Department (PWD) had floated tenders for the project. As per the tender norms, “Ain Mane”, a community hall, a small pond inside the “Ain Mane”, an open air hall, library and a room to store traditional furniture, utensils and musical instruments were to be constructed by the contractor.

As the contractor has abandoned the works, even the existing construction is in a dilapidated state. Local people said that the contractor has not followed the standard construction procedures and has used sub-standard materials. The granite slabs, which is supposed to last for years together, is peeling off and the walls constructed have developed cracks. 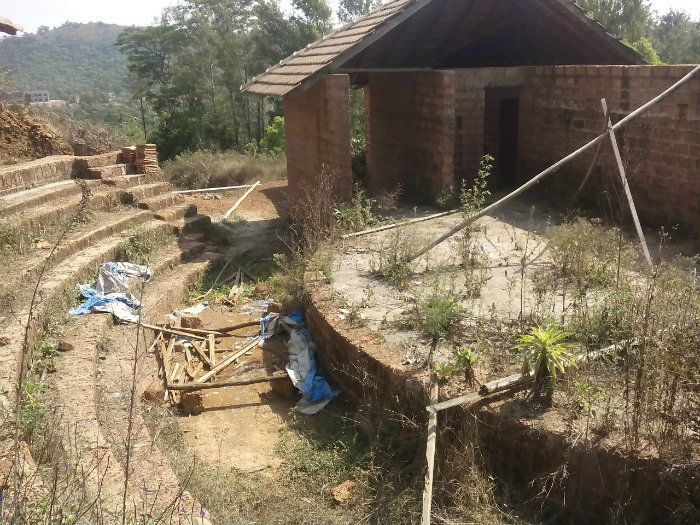 On Mar. 2, 2018, Tourism Department Director Anil Kumar visited the Heritage Centre and directed the PWD officials to complete the works in four months. Taking objection to the way the works have been abandoned, the Officer took the officials to task for lack of supervision.

Speaking to Star of Mysore, Kodagu District Tourism Officer C. Jagannath said that once the Heritage Centre is constructed, it will be handed over to the Tourism Department.

“The building will have unique features like Museum, Art Gallery and Cultural Theatre (Amphitheatre) and all the sections will reflect the heritage value of Kodagu,” he said. “The land for the Heritage Centre is located at a height and is visible from far and wide. Whoever comes to Madikeri cannot miss the building and once completed, it will be a major tourist attraction,” he added.