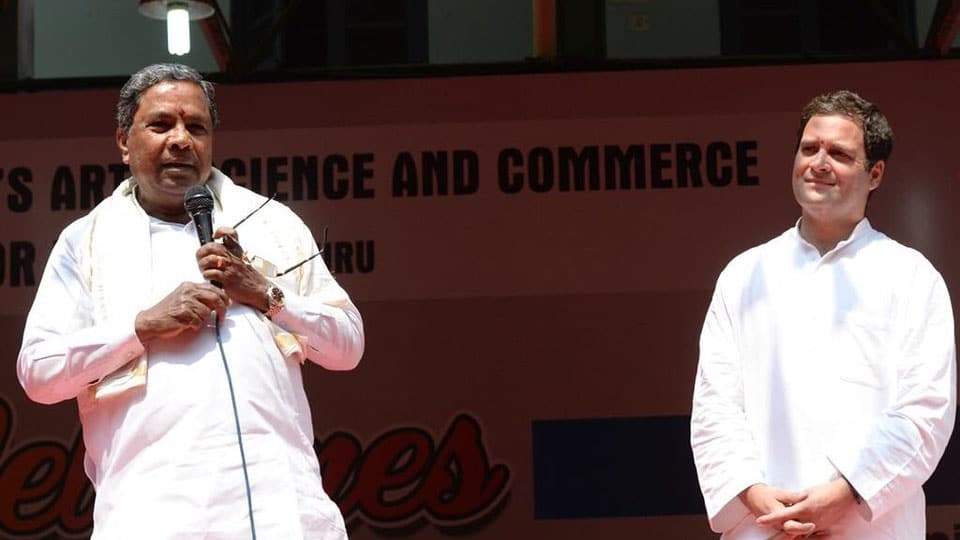 Mysuru:  Asserting that Congress President Rahul Gandhi’s rally in city yesterday was a resounding success, with people participating in more numbers than expected, Chief Minister Siddharamaiah has thanked party leaders and workers for ensuring the success of the Janashirvad Yatra.

Speaking to press persons at his Ramakrishnanagar residence here this morning, Siddharamaiah said that the 43-member State Election Committee is meeting today in Bengaluru to finalise the first list of party candidates for over a hundred Assembly seats and send it to the party’s High Command in New Delhi and added that the party’s first list is likely to come out in the first week of April.

Stating that the people of the State will see through the JD(S) designs, Siddharamaiah said that the Congress will hold a mammoth rally at Palace Grounds in Bengaluru on Apr.6 to display the party’s strength.

After hearing the grievances from the public, the CM, who was in city since Friday, left for Bengaluru from Mysore Airport.