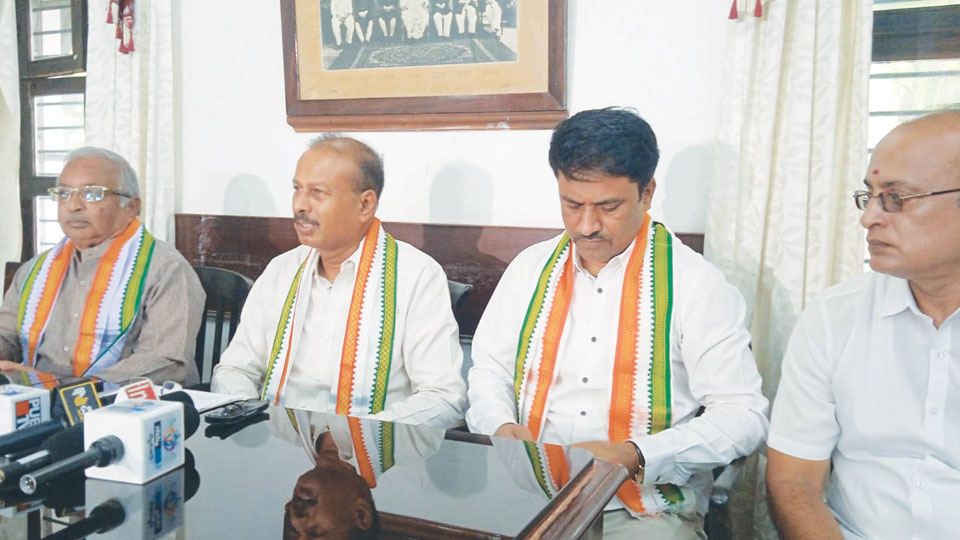 Mysore/Mysuru: KPCC Working President R. Dhruvanarayan has criticised the Janaspandana rally organised by BJP at Doddaballapur yesterday, saying that BJP leaders instead of listing the achievements of the BJP-led State Government had devoted most of their time in attacking the Congress party. He was speaking to press persons at Jaladarshini Guest House here this morning.

Pointing out that the Chief Minister had called the previous Congress Government a 100 percent commission Government,  Dhruvanarayan wondered  if that is true then why the BJP leaders who were in the Opposition then, did not raise the issue .

“The BJP could have investigated the 100 percent commission issue by any of the Central agencies like CBI, ED and Income Tax Department. Even after three years in office they haven’t  taken any action. Congress is questioning BJP about 40 percent commission and to divert corruption issues, they are making false allegations against our party leaders,” he alleged.

“The CM had used Kannada words like Takat and Dhum (challenging and daring the Opposition Congress to win the 2023 Assembly Polls) which are not expected from someone who is holding such high office. Recent rains have caused floods resulting in loss of crops and homes. Instead of discussing about finding solutions to the problems faced by the people of the State, BJP leaders are engaged in dance and fun,” KPCC Working President criticised.

Referring to Bommai’s statement about Anna Bhagya in which he had said that Anna Bhagya rice was given by Modi and the Congress had only packed it, Dhruvanarayan asked the CM if he knows that the Food Security Bill was implemented during Congress-led Dr. Manmohan Singh Government.