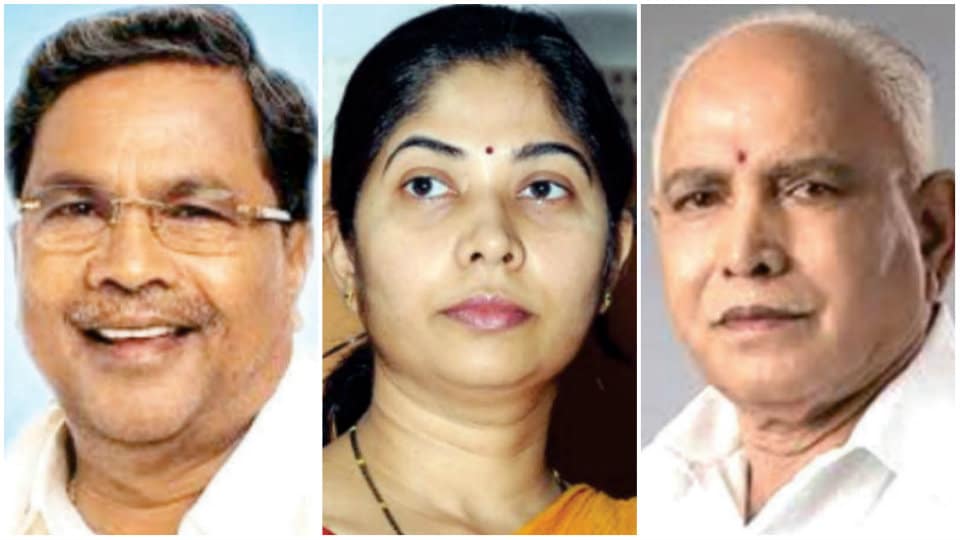 There are ample instances where houses that were built on Government land have been regularised after obtaining applications from the encroachers. There are even many examples of regularisation of illegal layouts that were built after levelling lakes. In such a scenario, owners of legally purchased land from a Government body are put into severe hardship by the Government itself. These people have built houses after pooling in their life’s savings. Where will such people go?

Mysore/Mysuru: One of the main reasons why the State Government is still unable to declassify CITB and MUDA Layouts coming under Kurubarahalli Survey No. 4 and Alanahalli Survey No. 41 from B-Kharab (Government land) classification is the benami properties owned by certain individuals and organisations, reveal sources in the know of things.

Due to these benami and other properties owned by certain powerful people, the more than five-year deadlock has not yet been resolved despite many efforts and protests and as a result thousands of residents of the layouts including Siddarthanagar, Vidyanagar, K.C. Nagar, J.C. Nagar, Alanahalli and Income Tax Layouts coming under the two survey numbers are going through misery unable to do any property transactions.

During the tenure of Chief Minister Siddharamaiah, the Cabinet had decided to drop the B-Kharab classification and had asked the Principal Secretary of Revenue Department to pass an order in this regard. The Cabinet had also decided to inform the Karnataka High Court about its decision as there were some cases in this regard pending in the High Court.

But unfortunately for over 25,000 residents of the said layouts, despite the orders passed by the then Cabinet there is no relief for them due to the nonchalant attitude of the official machinery. Officers are giving various excuses to implement the Government order and are whiling away time, causing anxiety among the hapless residents who have nowhere to go.

Highly placed sources told Star of Mysore that as soon as the Siddharamaiah Government passed the Cabinet Order to drop the B-Kharab classification, several senior officers who allegedly owned benami properties in these survey numbers and others saw a golden opportunity to regularise their lands also along with the MUDA allotted lands.

But as the Cabinet had clearly mentioned and demarcated the areas where the B-Kharab classification was to be dropped, the desire of these purchasers to regularise their benami land was difficult. Upset over this and hell-bent on regularising their properties, these people are creating roadblocks for the Government’s move — taken in the larger interests of the residents — to withdraw the B-Kharab classification, it is alleged.

This is the reason why the issue is getting delayed inordinately. And due to the selfish motive of certain officers, a large population of people have to suffer and have been deprived of their legitimate right on properties that they have legally purchased from CITB (now MUDA), sources say.

Lobby brought to light by MLA

Some time back, Krishnaraja MLA S.A. Ramdas had made a startling revelation that along with the lands that the Government has proposed to drop from B-Kharab classification, there are certain other lands that have been classified as B-Kharab.  “Owners of these lands are lobbying, giving excuses and are citing legal issues thereby putting hurdles in the Government process. Even the Government is aware of such hurdles and very soon, the Government will take a decision in the interest of residents,” Ramdas had said.

The MLA’s statement actually brings to light the benami land transactions by senior officers where the people who actually bear the brunt are the residents who have legally purchased lands by paying their hard-earned money and retirement savings from the MUDA.

In her order, Shikha had clearly mentioned that the lands allotted by CITB and MUDA can be withdrawn from the B-Kharab classification after an appeal is made before a competent authority (Regional Commissioner in this case). That means, the Regional Commissioner has the powers to withdraw the B-Kharab classification. But unfortunately, neither the Government nor the officers have bothered to take a decision.

Highly placed sources said that instead of providing relief to thousands of residents, officers are not doing anything to resolve the issue. As a result, residents of Siddarthanagar and Alanahalli, K.C. Nagar, J.C. Nagar and Income Tax Layouts are yet to get the records of their lands that were legally purchased in the 1970s.

The issue remains pending in the corridors of power and is restricted to just examination and re-examination of records. Changes are recorded only on paper without the actual on-ground relief to residents.