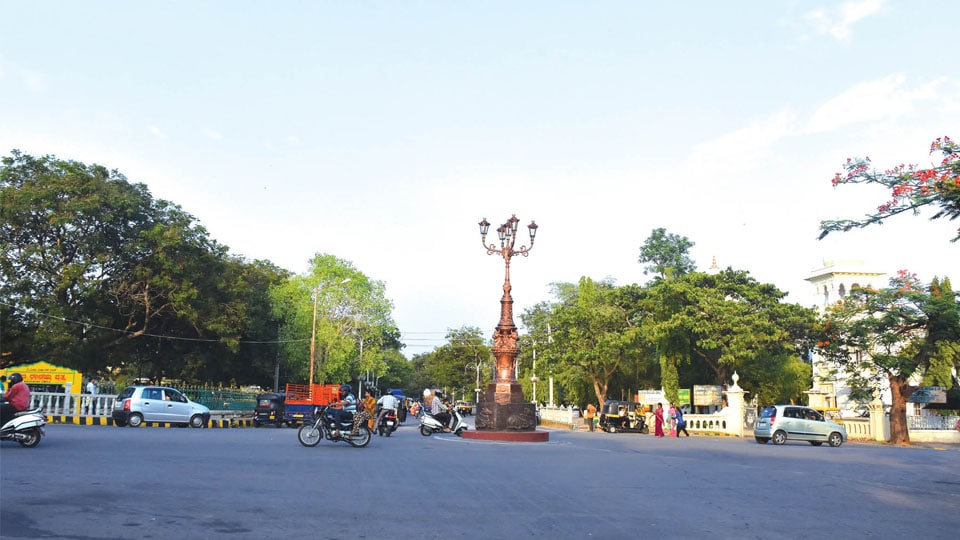 Mysore:  Lack of direction signboards at important tourist spots and junctions on all major roads and entry and exit points worries tourists, in particular outstation visitors — and this despite Mysuru being one of the tourist hotspots.

Visitors have to depend upon passers-by for directions and due to language problem, tourists from other States face a lot of difficulties. The apathy of District Administration, Department of Tourism and other tourist-friendly allied Departments has drawn sharp criticism from tourists, public, hoteliers, industrialists and other tourism stakeholders for not displaying direction boards.

They want the Government to put up signboards along with other boards providing information about tourist spots, their importance, and details about distance, amenities available for tourists and other such necessary information.

Though Mysuru city is gifted with iconic Mysore Palace, Chamundi Hill, Mysuru Zoo, hundreds of heritage structures, important museums and buildings there is no information boards about the significance of such places.

While some tech-savvy motorists can reach any tourist spot by taking the help of Google Maps, it won’t help them much if there is a network problem. Moreover, many tourists are ignorant about using such applications.

Lack of signboards and other information regarding tourist spots gives an opportunity for some autorickshaw drivers, tourist cabs and local tourist vehicle operators to fleece the tourists. At times, it also leads to frustrating circumstances of taking longer routes to reach the destination.

Speaking to Star of Mysore, Mysuru District Hotel Owners Association President C. Narayanagowda said that the Association and various stakeholders of the city have appealed to Tourism Minister S.R. Mahesh to erect direction signboards at all seven entry and exit points of the city providing information to motorists in all three languages including Kannada, English and Hindi but their suggestions seem to have fallen on deaf ears.

Kanchanganga, a woman bike rider, told SOM that she wants the authorities to put up boards at all the entry and exit points and important tourists places with information and facilities available for the visitors like in North Indian States.

Deputy Director of Tourism H.P. Janardhan said that the Department was preparing a fresh action plan for display of  direction signboards.

Mysuru City Corporation and the Department have already put up a number of boards on important roads. However, there is no need to put information about tourist spots on these boards as motorists won’t stop to see such boards and in case if they do, it would lead to traffic jams, he opined.