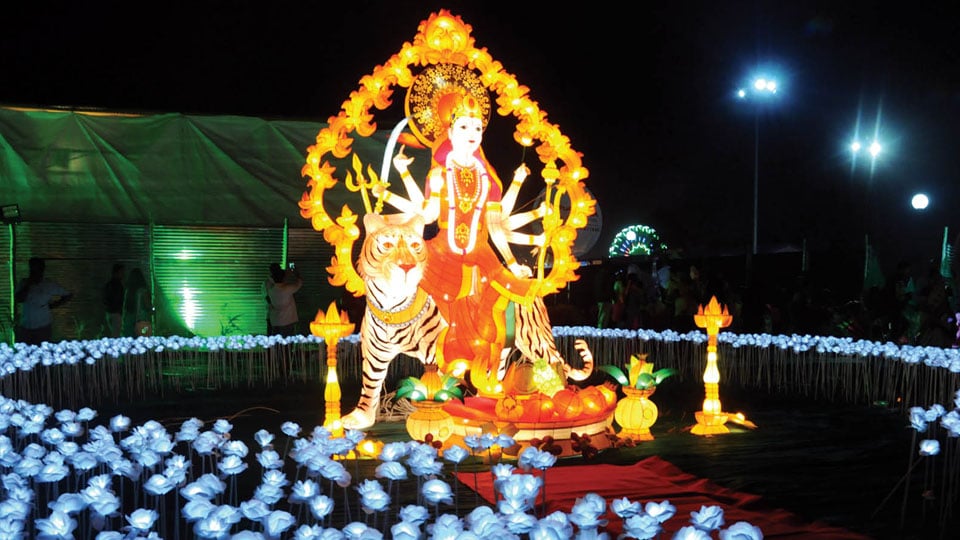 Mysuru:  A first-of-its-kind ‘Lantern Park’ was inaugurated in city last evening by Tourism Minister S.R. Mahesh. The park has been set up at Dasara Exhibition Grounds near the Zilla Panchayat Block and has been implemented by the Department of Tourism at a cost of Rs.1.50 crore at an area of 15,000 square feet.

Apart from the colourful display of thousands of LED lights, the main attraction at the Lantern Park is a glowing structure of Mahishasura Mardhini Goddess Chamundeshwari sitting on a lion. With bright lights beaming from the statue, it gives a real-world experience to the viewer.

Also there are many three-dimensional objects, a rose garden made of over 5,000 LED bulbs, lotus garden, images depicting rule of Wadiyars, Dasara over the years and art forms like Puja Kunita, Dollu Kunita are depicted here. 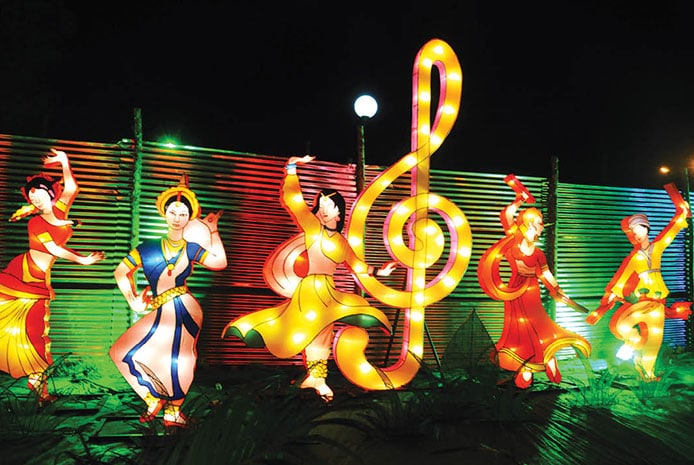 Mysuru-based Dream Petals is implementing this project in coordination with the Tourism Department.

A visitor entering the Exhibition Ground can easily identify the Lantern Park as the surroundings are brightly lit up with thousands of LED lights. Soon after inauguration, hundreds of people gathered there took selfies.

Speaking after inaugurating the Lantern Park, Minister S.R. Mahesh said: “the Park was established for the first time in India and Mysuru had the distinction of hosting such a unique park. The intention behind establishing such a park is to attract tourists and enable them to have a memorable time in Mysuru.”

“Seventy percent of the works are complete and it was inaugurated today for the tourists to experience the beauty. The Lantern Park will be there till the Dasara Exhibition concludes,” he said.