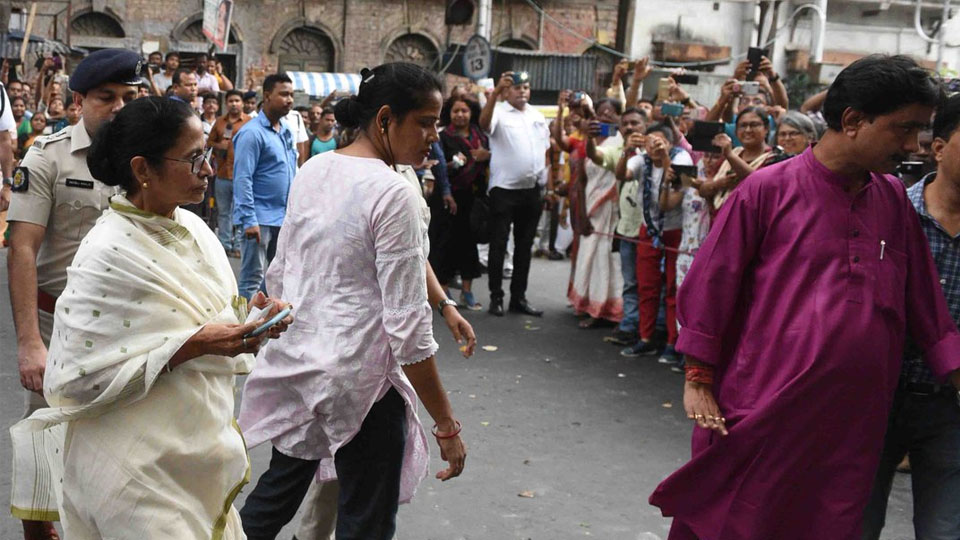 New Delhi: The seventh and final phase of Lok Sabha election 2019 began this morning in 59 constituencies, including Varanasi where Prime Minister Narendra Modi is seeking to retain the seat. Till 1 pm, a voting percentage of 40.73 was reported.

Over 10 crore people will decide the fate of 918 candidates across seven States and one Union Territory. The States and UT going to the polls today are Bihar (8), Jharkhand (3), Madhya Pradesh (8), Punjab (13), West Bengal (9), Uttar Pradesh (13), Himachal Pradesh (4) and Chandigarh (1). The results of all the seven phases will be announced on May 23.

Repolling is being held in seven booths in Kerala’s Kannur and Kasaragod Lok Sabha constituencies following the Election Commission’s finding that bogus voting took place in the booths on April 23.

West Bengal remained tense after reports of violence. North Kolkata’s BJP candidate Rahul Sinha said he was attacked by a group of men. Stones were thrown at the cars of two other BJP candidates, Anupam Hazra and Nilanjan Roy. BJP and Trinamool Congress workers had clashed earlier this week, following which the Election Commission cut short electoral campaigning amid protests by opposition parties.

In West Bengal, the BJP hopes to make unprecedented gains in order to balance out a perceived loss of seats in Hindi heartland States such as Uttar Pradesh, Rajasthan and Madhya Pradesh.