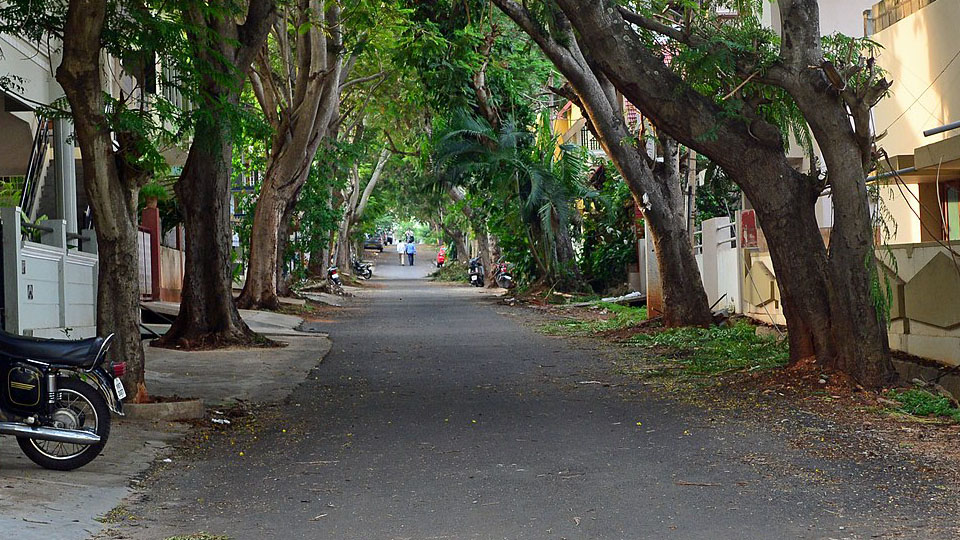 Mysore/Mysuru: Gokulam is abuzz with just one news of late. About a leopard that is roaming around after dark. The residents are a scared lot and even if dogs bark continuously, they feel that the leopard has entered their territory.

Harish Kumar, a security guard of a house on 4th Main, 15th Cross, near the BSNL Telephone Exchange in Gokulam 2nd Stage, saw the leopard crossing the road at about 3 am this morning. A shocked Harish did not move from his guard’s cabin amidst a residential pocket. He tried to have a clearer look at the leopard but the animal had entered the small opening of a drain adjacent to a park.

Harish immediately informed the jurisdictional Police and the Forest Department. Forest staff and Police launched a search till 7 am but in vain.

Harish said that three days ago, a lady too spotted the leopard in the same place and had told the people in the area about it.

It may be recalled here that a mother leopard with three juveniles was spotted at the Reserve Bank of India (RBI) campus near Metagalli a couple of days back.

Deputy Conservator of Forests (Territorial) Kamala Karikalan told Star of Mysore that they had received a call at 3.10 am today and two teams headed by Range Forest Officers conducted a search.  As leopards are nocturnal animals, a combing operation will be launched tonight. If it is not traced today, a different strategy will be used to capture it, she added.

Leopards prey on dogs. But residents say that except for loud and persistent dog barking at nights, no carcass of dogs were found in the vicinity.

3 COMMENTS ON THIS POST To “Leopard sightings scare Gokulam residents”