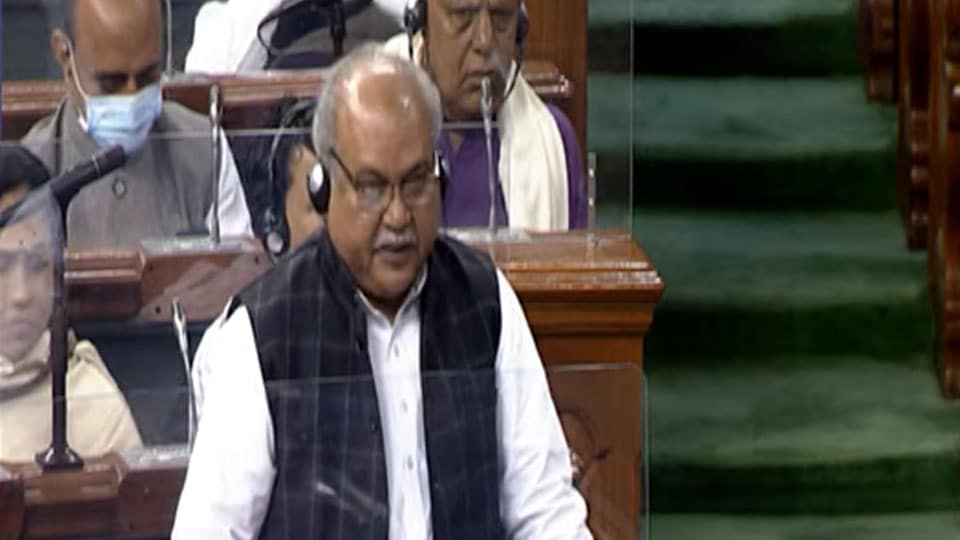 New Delhi: The Lok Sabha today passed a Bill to repeal Farm Laws. Amid a din raised by Opposition for debate, the Bill was introduced and passed through voice vote.

The Bill was passed amid protests by the Opposition, who demanded a debate on the Bill.

The Farm Laws Repeal Bill, 2021, was introduced by Union Agriculture Minister Narendra Tomar, as the House met at 12 noon, after witnessing an adjournment on Farm Laws issue after the Winter Session began.

Several Opposition MPs were standing on their seats, and some trooped close to the Speaker’s podium as well.

As MPs raised demands for a debate, Congress leader in Lok Sabha Adhir Ranjan Chowdhury showed a copy of the Constitution and said debates have been held on repeal bills earlier as well.

Speaker Om Birla, however, said he would allow a debate only if the House was in order.

“You wanted the bills repealed. I will allow debate only if the House is in order,” Birla said.

The Bill was passed through voice vote amid the din. The Bill is also expected to be taken up in Rajya Sabha on the day.