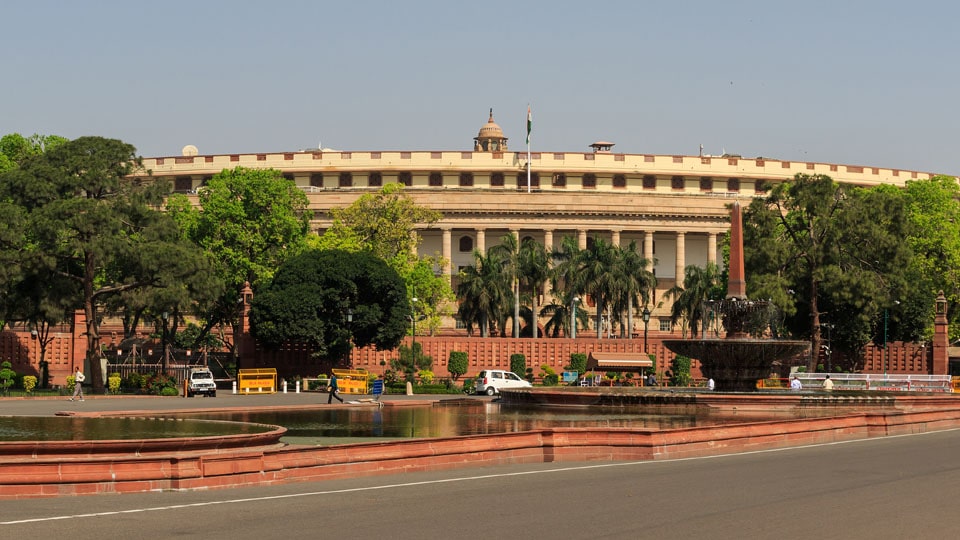 Looking at elections in historical perspective

In ancient times, election was a divine affair particularly in theology which meant chosen by God. Thus it was a selection by the clergy who represented God. In Latin, it was ligerilect which meant pick. In ancient times, a judge was also considered as a divine person to help people get salvation. Thus in ancient Greece and Rome, people believed in the hand of divinity in the process of selection.

Subsequently it came to be known as election. Members of the House of Commons in England followed this process. People to the House of Nobles were picked up depending on their status, their relationship or nearness to the King and Queen of England and they were nominated accordingly. Thus it was a Government by the best citizens, Supremacy of privileged order, Oligarchy, and ruling by a body of nobles from which ruling body was drawn, the best representatives of an intellectual body. This is derived from Greek Aristocracia (aristo means best, grand, stylish and hence Aristocracy).

The just-concluded elections in our country can be seen with this background. This time, it was a landslide victory for BJP which was unprecedented in recent history. Narendra Damodardas Modi became our Prime Minister.

The beauty of this great election, however, was marred by bad slogans and comments by Opposition parties. This is to say the least, not a good trend. In America and other countries, contesting candidate blows his own trumpet and never utters a word against the other candidates. Opposition parties badmouthed Modiji and voters taught them a befitting lesson.

In many countries, law makers are elected by qualified electorate. In some countries like France and United States of America, voters may directly participate in specific policy decisions. That means all the proposals put up by the Governments need not be accepted either partially or in toto. Thus this rider will help the members take their own decisions.

In elections at some countries, the winning candidates share the national vote which is often less than 55% of the total votes. Elections in non-democratic countries also fall in line as above.

In Parliamentary and Congressional systems followed by Britain and many other countries, the Parliamentary system of Government is a fusion of Executive and Legislature. In these countries, Legislators in-turn elect the Prime minister. In other words, the eligible voters in India vote in the elections and thus it is superior and gives a chance to elect their representatives.

In some countries having Parliamentary system, there are some requirements and most important factor is the tenure of the Prime Minister and other Ministers. Some countries have seven years while others have six years. But our country, after serious deliberations, has fixed a five-year term for all elections.

Seven years may be too long and if the Ministry is bad, people have to suffer and hence our country has fixed five years. In USA, voting takes place by a special college of electorates which elects the President. This has a defect, namely all the subjects do not participate in electing their representative. In USA, the election of the President and members of Congress are held in even-numbered years. The President may not serve for more than two terms.

Elections were held in the Greek City – States in 5th and 6th centuries BC. Most public offices were filled up by those who believed in the equality of all citizens. But some officers were fortunate because of their qualifications. Though it put certain restrictions, it may be useful.

For example, one who has no knowledge of technical education cannot effectively work in engineering and scientific departments. Even if they are not qualified technically, they are assisted by top technicians and this has been working well in our country. For example, a Railway Minister need not run a train but he should regulate the timings as well as food requirements and other conveniences of the passengers.

During the Middle Ages in Europe, elections were held in Church and high Bishops were elected that way. Thus religion played important roles. This is not the case in India. The clergy can contest the elections but he will be treated as any other candidate.

There are many elections such as general elections, by-election due to the death of a candidate or if he resigns. But all elections have to be held according to the period prescribed by each country. Local elections are held for local bodies like Municipal Corporations and Town even in villages for the requirement of their leaders. Thus big or small elections cannot be overlooked. That is the strength of a successful Democracy.

In many foreign countries, participation of voters is rather less. But in India it is generally over fifty percent. This is satisfactory indeed. In Vedic times, two institutions were there and  they are Sabha and Samithi. The members of the Samithi were elected through a system which is not clear because it is not well-recorded.

An institution from Uttiramerur in Tamil Nadu gives a detailed description of the process of election for a local body. The candidates who want to contest an election must have certain qualification according to those times. The method is interesting. It consisted of the names of the contesting candidates written on palm leaves and all such ballot papers were put into a pot.

A boy was asked to pick up the number of ballot papers as required by the local body and their names were announced on the spot. Whatever may be the system, the motto is one and the same and that is to give an opportunity to all the citizens and contestants with some minor variations.