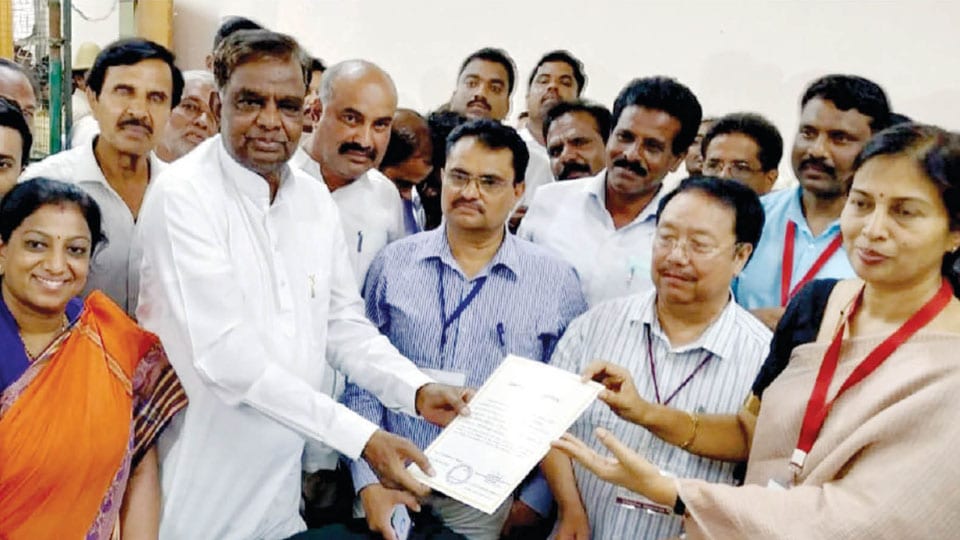 The 71-year-old five-time MP wrested the seat from the Congress in a thrilling finish, thus denying the sitting Congress MP R. Dhruvanarayan a hat-trick of wins.

Prasad trailed in several rounds since the counting began. He however took lead during the last rounds, thus dashing the hopes of the Congress candidate of a third straight term.

Out of the 21 rounds of counting, Prasad trailed Dhruvanarayan till the 18th round. However, Prasad picked up in the last three rounds, even as the constituency saw an interesting contest between the two. Another interesting aspect is that the BSP’s contest appears to have worked against the Congress with BSP candidate Dr. Shivakumar managing to secure a sizeable chunk of votes.

The BSP candidate secured 87,631 votes, which also seems to have hurt the Congress candidate R. Dhruvanarayan.

Despite gaining in several rounds, Dhruvanarayan, who had wone by a big margin of 1,41, 182 votes against the then BJP candidate A.R. Krishnamurthy in 2014, could not sustain the lead in the end, with Prasad overtaking him in the last couple of rounds. 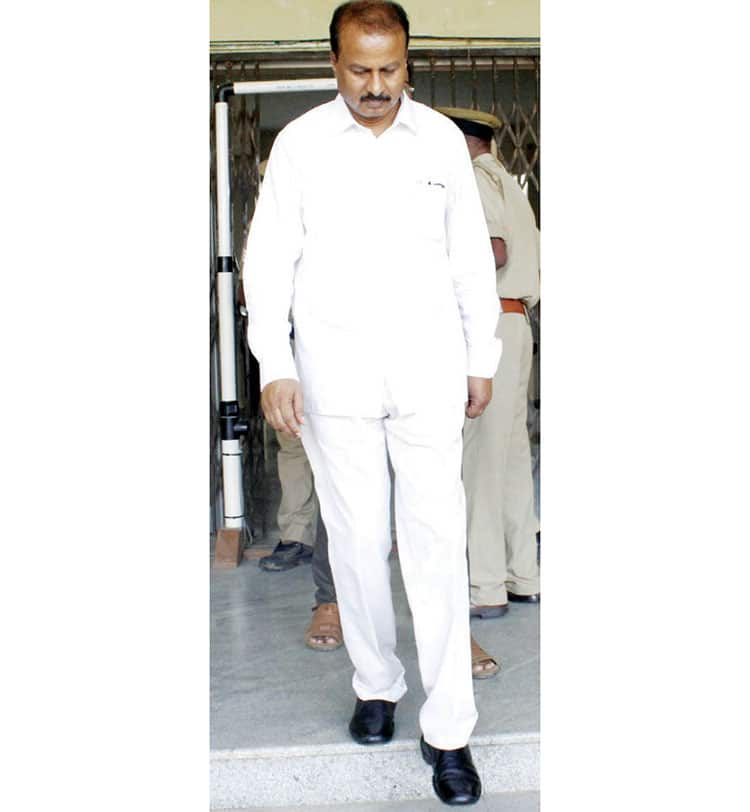 The counting of votes got delayed as there were glitches in two EVMs of T. Narasipur assembly segment and three EVMs of H.D. Kote assembly segment, that resulted in a wait for VVPAT checking.

The constituency saw 2,943 postal ballots, out of which Sreenivasa Prasad got 1,527, R. Dhruvanarayan – 966, Dr. Shivakumar of the BSP – 423 and the rest were shared by other candidates in the fray – Hanur Nagaraj – 9, Prasanna Kumar – 4, Subbaiah – 2, M. Pradeep Kumar – 1 and Rajagopal – 1, Interestingly, two independents Anand Jeevan Ram and N. Ambarish scored a Zero in postal ballot votes. There were 10 NOTA (none of the above) votes in postal ballots.

Sreenivasa Prasad had earlier won four times on a Congress ticket and once on a JD(U) ticket in 1999, when he became Union Minister in the then NDA Government led by A.B. Vajpayee.