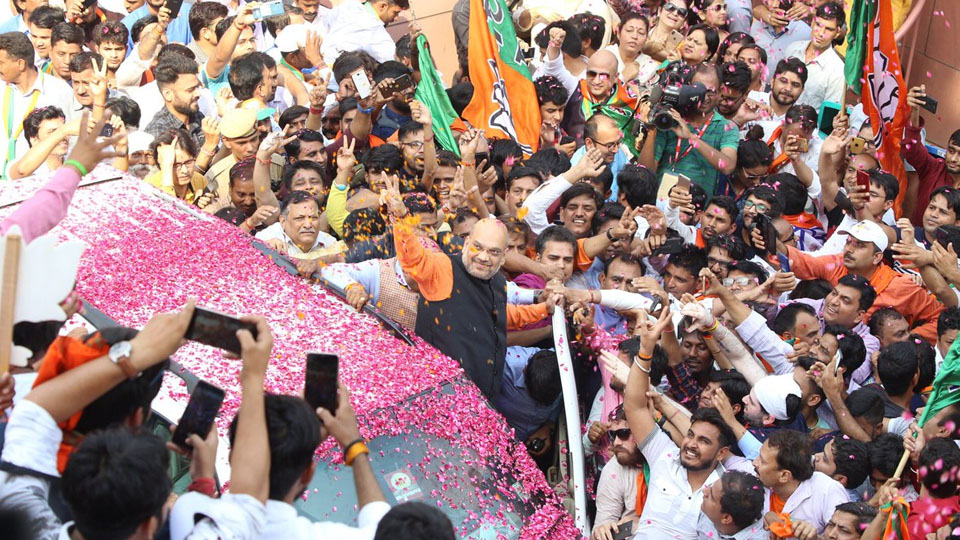 Amit is the ‘Shah’ of Modi’s historic second term win

“Time for Congress to get an Amit Shah,” tweets Mehbooba Mufti

New Delhi: Prime Minister Narendra Modi might be the man of the moment for winning the historic second term but it is Bharatiya Janata Party (BJP) President Amit Shah who is being hailed, even by the rivals, as the man behind the moment.

Omar Abdullah, another former J&K Chief Minister and a bitter critic of the BJP, congratulated Modi and Shah for putting together a winning alliance and running a “very professional campaign.”

Shah’s election management has become part of India’s political folklore — an image that has been resurrected after BJP’s loss in three North Indian States of Madhya Pradesh, Rajasthan and Chhattisgarh less than six months ago.

The BJP now has swept the Lok Sabha polls in all these three States staging an emphatic comeback restoring Amit Shah’s winning streak and reconfirming the title of Master Strategist. If 2014 mandate for Modi was eye-opening, the verdict in 2019 is jaw-dropping.

Amit Shah was more than a backroom strategist in this election as he contested the Lok Sabha seat from Gandhinagar and his public appeal was next only to the Prime Minister. Speculations are already rife in New Delhi’s political circles that he will play a bigger role in Modi 2.0 instead of only handling the Party affairs. If he gets a Cabinet berth, it will be one of the four top portfolios of Foreign, Home, Finance and Defence.