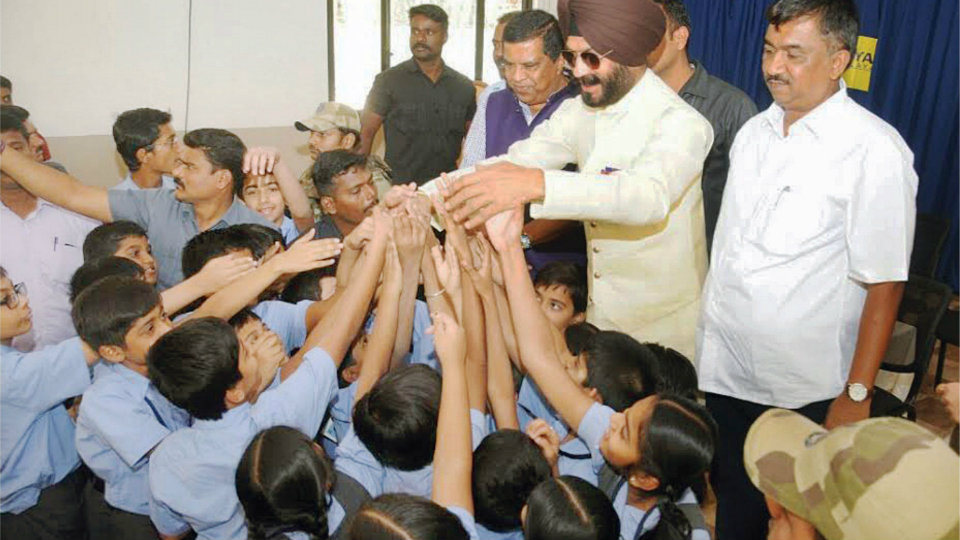 “We must stay united to weed out terrorism and defeat their divisive purposes,” he said addressing the students of Kautilya Vidyalaya in city yesterday where an interactive programme on “Terrorism is a Challenge for Future” was held.

“Terrorism is the biggest curse for a country and to fight this menace, Indians must go beyond the boundaries of caste, creed, religion and language.” Bitta said eliminating terrorism is not the responsibility of the Police or the Home Ministry alone, but of the entire political class and the country’s citizens.

Himself a terrorist target, Bitta said that he had devoted his entire life for the cause of the nation and will not be cowed down by terrorist forces. “We have to wake up to the threats and political parties must stop politicising terrorist attacks,” he said and called upon the students to take over the responsibility of creating awareness among the masses on fighting terrorism.

“You must join hands to build the Nation and when it comes to the question of Nation, there must be no compromise,” he said citing the examples of Bhagat Singh, Rajguru and Sukhdev.

Bitta also administered the oath, inspiring the children to take up fight against terrorism.

Chairman of Kautilya Group of Institutions R. Raghu Kautilya introduced Bitta to the gathering and said that on July 7, 1992, Bitta lost his leg in a bombing that killed 13 people in the Punjab holy city of Amritsar.

On Sept. 11, 1993, Bitta survived a deadly attack on him at Indian Youth Congress premises in New Delhi. “Despite grave threat to his life, Bitta never stepped back from his anti-terrorism activities,” he said.

M.S. Bitta, who was on a private visit to city to attend a wedding, has been provided Z Category security for lifetime. Mysuru Police too had extended security as per protocol.