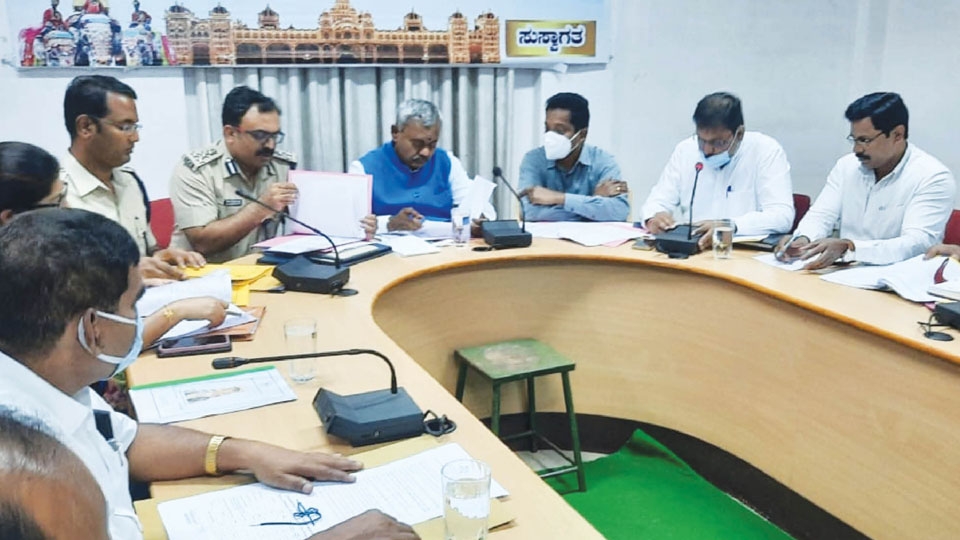 District Minister asks officials to come up with novel ideas

Mysore/Mysuru: District Minister S.T. Somashekar instructed officials to strive for the total success of Dasara-2022 which is being celebrated in a grand manner after two years of low-key festivities due to COVID.

He was presiding over the Dasara Sub-Committees preliminary meeting at the Deputy Commissioner’s Office here on Thursday.

Asking the officials to come up with novel ideas for this Dasara, Somashekar suggested that new artistes and talents be picked for this year’s cultural events. He also advised the Sub-Committees to ensure that no lapses or any shortcomings occur.

Somashekar instructed officials to chalk out measures for ensuring that Vijayadashami procession (Jumboo Savari), Torchlight Parade at Bannimantap Parade Grounds and other events pass off smoothly without any untoward incidents.

He further directed the Sub-Committees to prepare an estimate of expenses and the funds required for their activities and programmes.