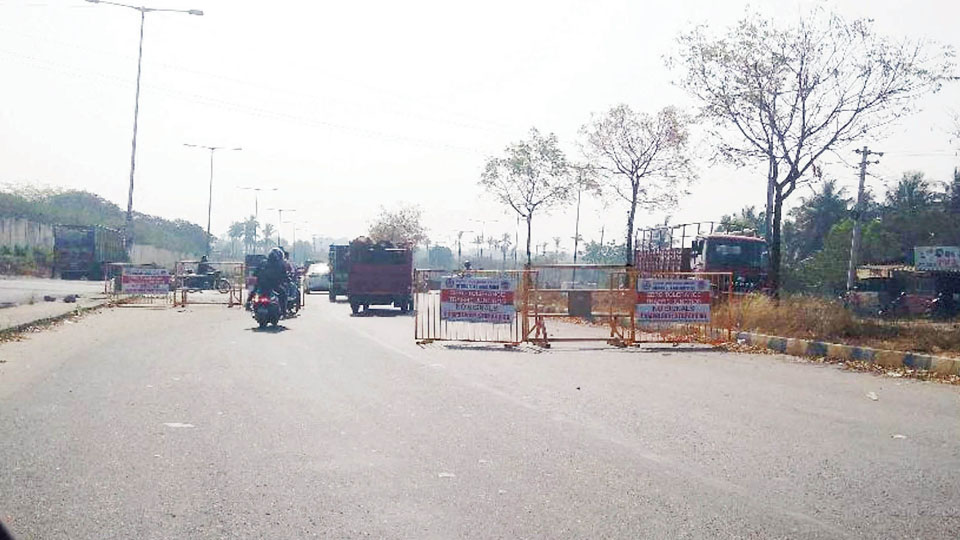 The recent tragic accident on Outer Ring Road (ORR), near GRS Fantasy Park, where a woman was fatally knocked down by a trailer lorry is an eye-opener to all.   ORR has many Railway Under-bridges, which incidentally has only one pass through, due to which service roads attached therein are incomplete for want of another opening.

Also, unconventional intersections for a right turn at these points is proving a nightmare. For example, the Railway Under-bridge near Unnathinagar, wherein motorists intending to take a right turn have to wait under the bridge for vehicles from opposite direction to pass by, but the vehicles coming from behind honk endlessly and even may bang from behind. If the motorist tries to manoeuvre, there are chances of vehicles coming from opposite direction hitting them. This is because Railway Under-bridges do not have a second opening, in spite of the road being built around two decades ago.

It may be recalled here that our MP Pratap Simha in recent past had indicated that the Union Government has cleared the work of opening of Railway Under-bridges on ORR, still there is no sign of progress. It is high time that authorities concerned look into this and save the lives.