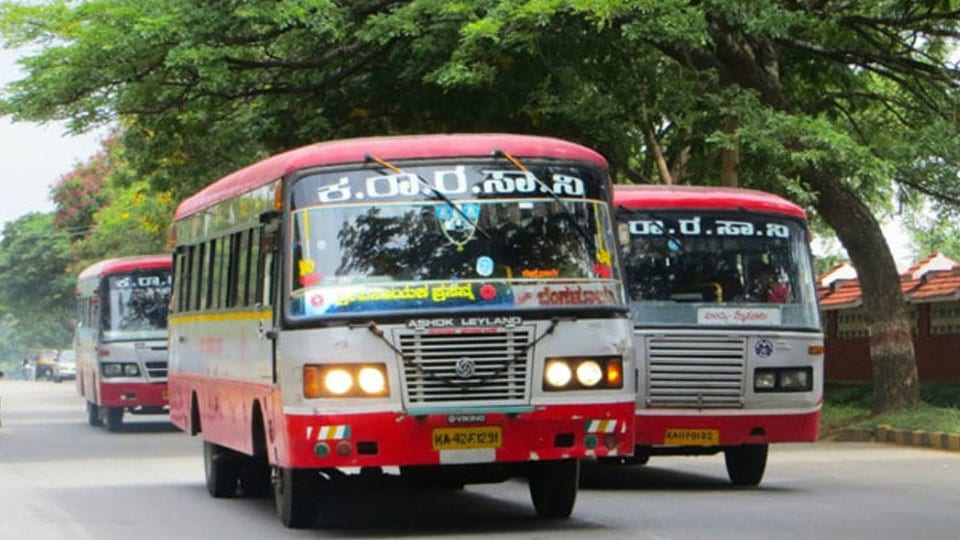 Mysuru, Aug. 30 (KS)- A man, who was crossing the road was killed when a KSRTC bus rammed into him on Mysuru-Hunsur Road between Hootagalli and Belavadi here yesterday.

The deceased is Shivanna (60), a construction labourer and a resident of Hootagalli.

Shivanna, after finishing his work, was crossing the road, when the KSRTC bus coming from Hunsur side rammed into him. Shivanna sustained serious injuries and died on the spot. Meanwhile, the villagers of Hootagalli staged a rasta roko for nearly one hour demanding MP Pratap Simha to come to the spot. They alleged negligence on the part of KSRTC driver.

V.V. Puram Traffic Police and Vijayanagar Police, however, managed to convince the agitators following which the villagers withdrew their protest.

A case has been registered at V.V. Puram Traffic Police Station.