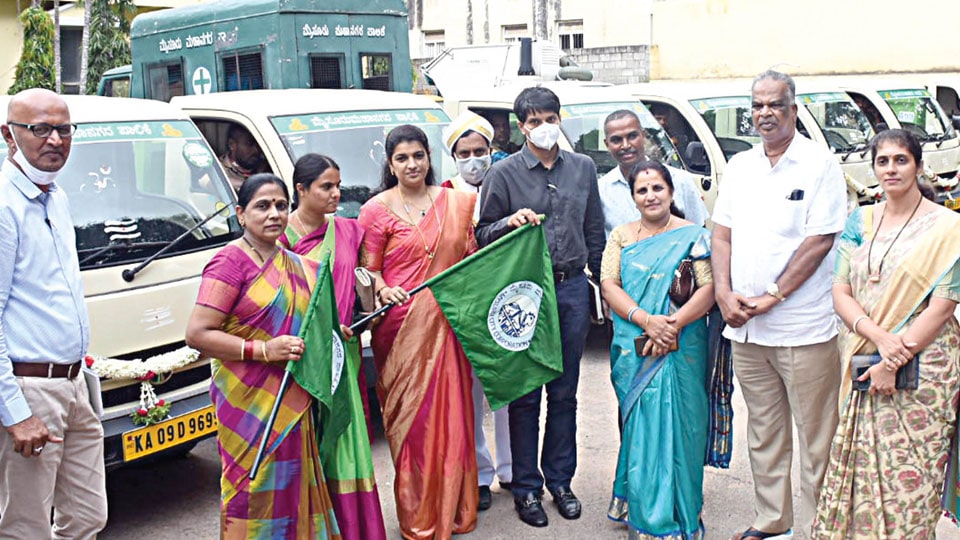 Speaking after launching the vehicles at the MCC premises, the Mayor said that the 65 new vehicles were purchased at a cost of Rs. 3.5 crore under Swachh Bharat Mission for collection and segregation of garbage and household wastes.

She further said that as ‘Nada Habba’ Dasara is fast approaching, priority is being given to cleanliness and added that the MCC aims to bag the first place for Mysuru for ‘Cleanest City in India’ once again.

Pointing out that information on development and other programmes for Dasara would be given in a day or two, the Mayor said that as visitors and tourists arrive to Mysuru in large numbers for Dasara, more tourists can be attracted if Mysuru is garbage-free and hence, the MCC is working in this direction.

MCC Commissioner G. Lakshmikantha Reddy, who too spoke, said that the Supreme Court (SC) order on demolition of places of worship in public places will be followed.

Pointing out that a few persons had urged that there were places of worship that were built before 2009 in the prepared demolition list, he said that a programme is being framed for the demolition drive as per the SC order.