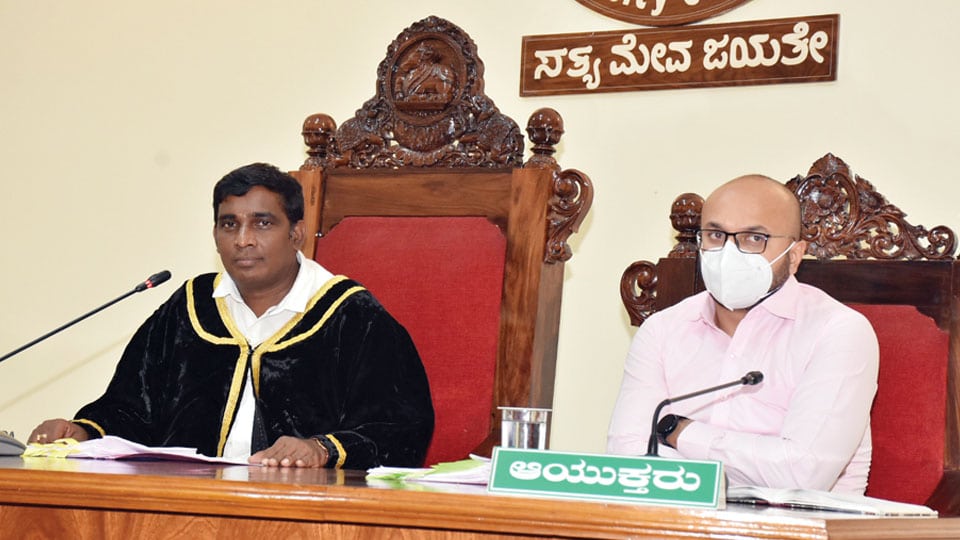 Mysore/Mysuru: Mysuru City Corporation (MCC) has announced a grant of Rs.10 lakh each for all the 65 Wards in city. This was announced by Deputy Mayor C. Sridhar who presided over the Council meeting held here yesterday. Previous meeting had debated on this subject and every member wanted at least Rs.50 lakh for each Ward for overall development. However, the MCC Commissioner Gurudatta Hegde had said it will be not possible to give a total of Rs. 32 crore for all 65 Wards in view of poor collection of taxes due to COVID-19 situation.

The meeting discussed regarding purchase of 11 compactor vehicles and 25 tractors for the collection of garbage and transportation. New vehicles are needed as contractors would take back the vehicles provided following direct payment of salary to contract based Pourakarmikas. However, the Corporators wanted one tractor for each Ward and the subject to buy 65 tractors for all the Wards was postponed due to lack of consensus among the members.

Former Mayor Ayub Khan wanted a statement from the MCC Commissioner Gurudatta Hegde for the poor collection of taxes and said hardly Rs.8 crore had been collected during this month as against the target of Rs. 20 crore to Rs.25 crore. The Commissioner must seek explanation from the Zonal Commissioners and Revenue Inspectors in this regard.

The distribution of 2020 diary in yesterday’s meeting irked the Corporators. Sunanda Palanethra of BJP took objection for distributing the diary in the month of October and said it was waste of tax-payer’s money. What was the need for the Corporation authorities to give this now when just two months were left for the current year to end. It was unwanted in this current COVID-19 situation. She wanted the authorities to distribute the 2021 diary in the beginning of next year itself.