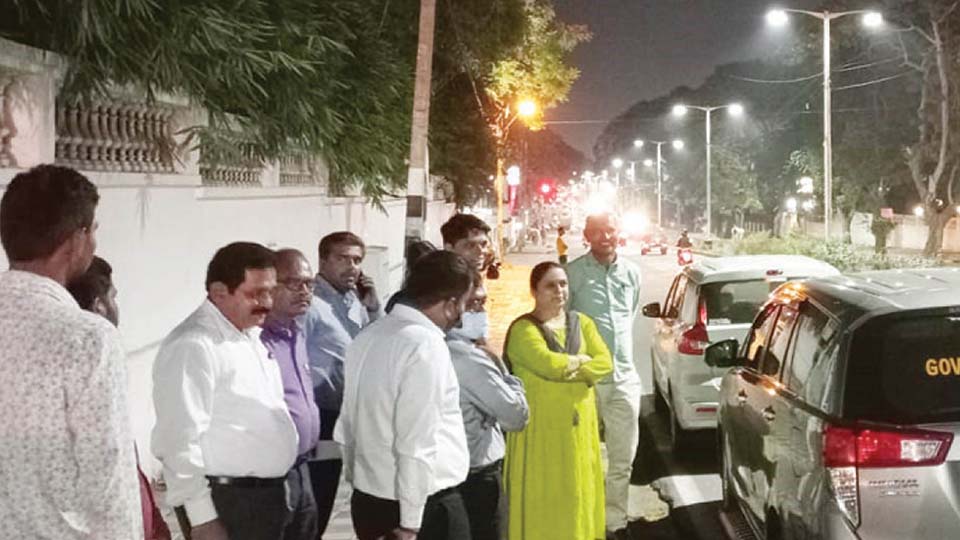 Mysuru: Following several complaints from the public regarding the installation of LED streetlights, Mysuru City Corporation (MCC) Commissioner G. Lakshmikantha Reddy and his team of officers visited several areas in the city including the JLB Road last night and inspected the light installation.

There were complaints of the LED lights not as bright as the earlier mercury lights and in some areas, the stretches are dark despite the installation of lights on both sides of the street.

LED streetlights are being installed at all places within the MCC limits and the existing mercury bulbs are being replaced with 68,178 LED bulbs. The project is being implemented in Public Private Partnership (PPP) and already, 30,000 bulbs have been replaced and the work is on at a rapid pace, the Commissioner said.

He further said that the contractor has been asked to look into the complaints of lack of brightness and also, bulbs must have a wattage to match the width and extent of the roads.