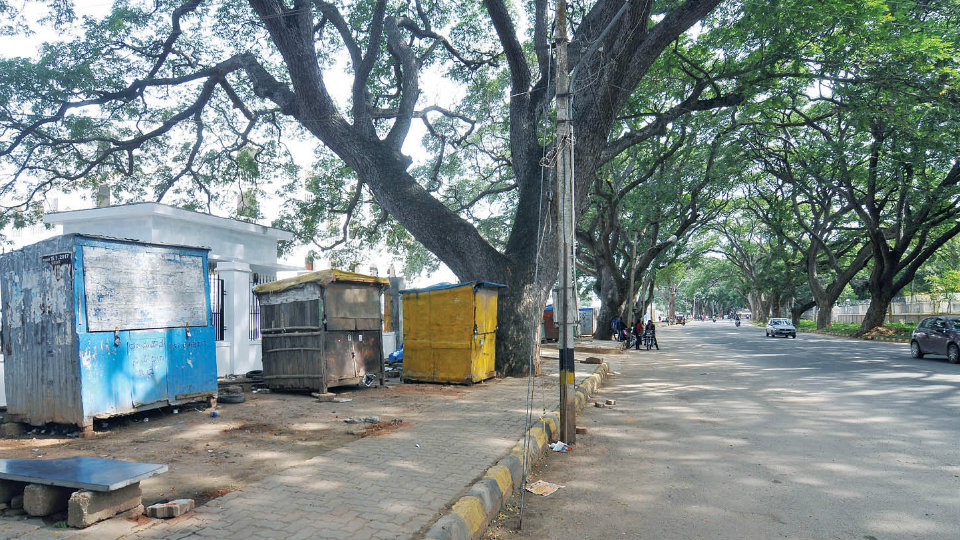 Mysuru:  The old makes way for the new and this is exactly the experience of the nine florists who had set up shop on Valmiki Road nearly 15 years ago.

The opening of Maharani’s Commerce and Management College for Women on the same road has spelt a doom on their daily lives as the management of the college wanted them evicted, raising serious concerns for the safety of the girl students.

The Mysuru City Corporation (MCC) swung into action and evicted all of them yesterday leaving the florists stranded    with no place to go. However, there is a solution in sight with a place being found near Cheluvamba Park at Vontikoppal and florists are likely to set up their shops at the new location tomorrow.

Health Officer Dr. D.G. Nagaraj, speaking to Star of Mysore this morning, said that the florists had set up their shops on Valmiki Road nearly 15 years ago. The same people were operating earlier near the Metropole Circle on Vinoba Road footpath.

As the traffic increased and the traffic signal came up, the road became congested. The Traffic Police wrote to the MCC to clear the florists who were asked to move to the more spacious Valmiki Road where there was hardly any traffic.

Now with the opening of the Maharani’s College, other petty shops also started springing up on the road. 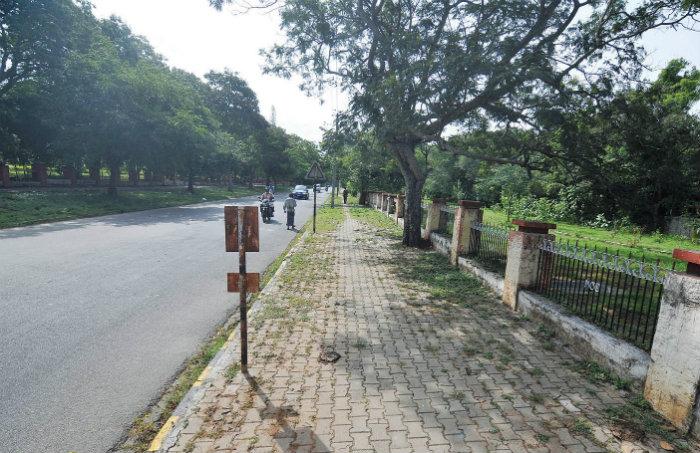 the new location near Cheluvamba Park

The college management felt that this could lead to problems for the girl students as all kinds of anti-social elements gather near the college in front of the florists and other petty shops and harass the girl students, said Dr. Nagaraj.

Hence, a decision was taken to nip the problems in the bud and the florists were asked to move out. “It is only on humanitarian grounds that we are finding an alternative place for the florists as otherwise they do not have any licence to operate the shops. We found the road connecting Rangayana and Hunsur Road next to the Railway track an ideal place for them to operate. However, the property belongs to Railways and they are not prepared to part with it,” he said.

The other option which even the florists have agreed to is the one near the Cheluvamba Park at the junction of KRS Road and the road leading to Vontikoppal where the footpath is really wide.

“This property belongs to the MCC and hence it is easy for us to ask the florists to shift,” said Dr. Nagaraj.

Two of the florists, Rangaswamy and Nagendra, whom Star of Mysore spoke to this morning, said that they had no other option but to agree to the diktats of the MCC.

“We have been doing business on Valmiki Road since the last 15 years and it was a very good location. There are a total of nine shops and in each shop, there are three people working. It is a question of the livelihood of 27 people. We approached MLA L. Nagendra who assured support to us. But we were evicted yesterday and awaiting for a place today. We do not mind moving near Cheluvamba Park as it is very close to where we were operating earlier,” they said.

The two other places where florist shops are located are near Chandrakala Hospital in Jayalakshmipuram and another one near Ballal Circle.