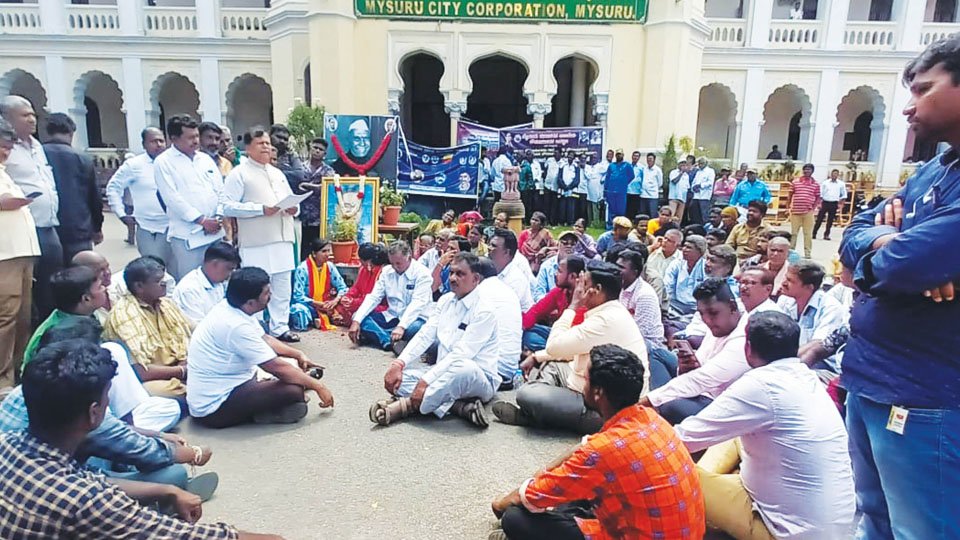 Addressing the protesters, MCC Pourakarmika Federation President N. Raja said that the Government must seriously consider the demands of Pourakarmikas as they are just.

Later, they presented their 13-point charter of demands to Karnataka Safai Karmachari Commission Chairman M. Shivanna, who arrived at the spot. Speaking after receiving  it, Shivanna said that he would take up the matter with the Government and work seriously for the fulfilment of demands. The Commission, on its part, will honestly do its job in according due facilities to Pourakarmikas, he added.

Federation office-bearers K. Ramanjaneya, Ramaiah, Ramu and others were present.