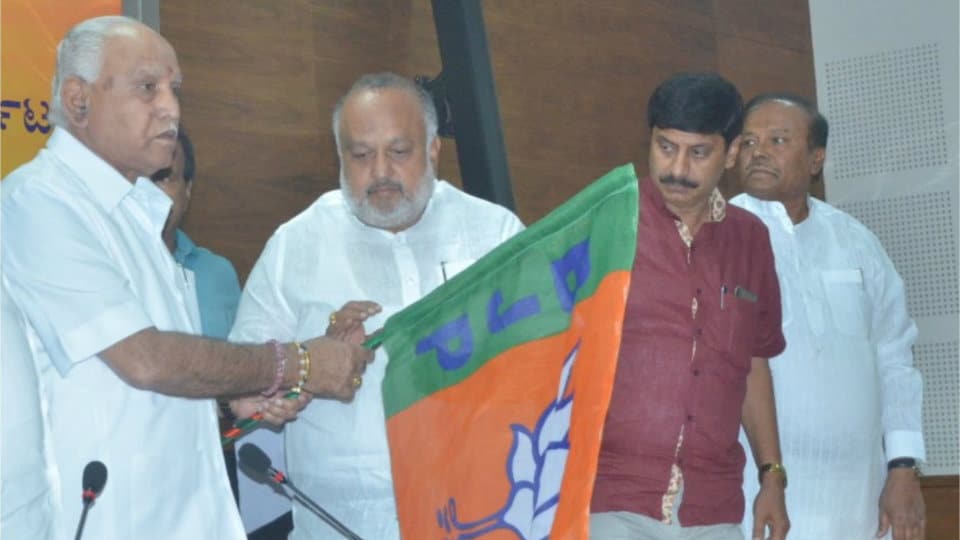 Speaking after joining the party, S. Chandrashekar said that he was previously in the BJP and now his return to the party was like homecoming.

Pointing out that State BJP Chief B.S. Yeddyurappa has accorded him a warm welcome to the party, Chandrashekar said that he will function as guided by the party leaders. Maintaining that he has joined the BJP unconditionally, he said that he was very much hopeful that his political fortunes will be safer in the hands of Yeddyurappa and other party leaders.

As for as his political experience is concerned, Chandrashekar was the Congress election in-charge of N.R. Assembly Constituency in 1994, 1999, 2004 and 2008 Assembly polls.

He has bagged many awards and prizes is recognition of his service to the Co-operative sector. As MCDCC Bank President, Chandrashekar has created a record of sorts by extending farm loans to the tune of Rs.452.47 crore to farmers of Mysuru and Chamarajanagar districts.

As Janata Bazar President, he ensured that the Bazar catered to the needs of lakhs of people from economically weaker sections of the society.