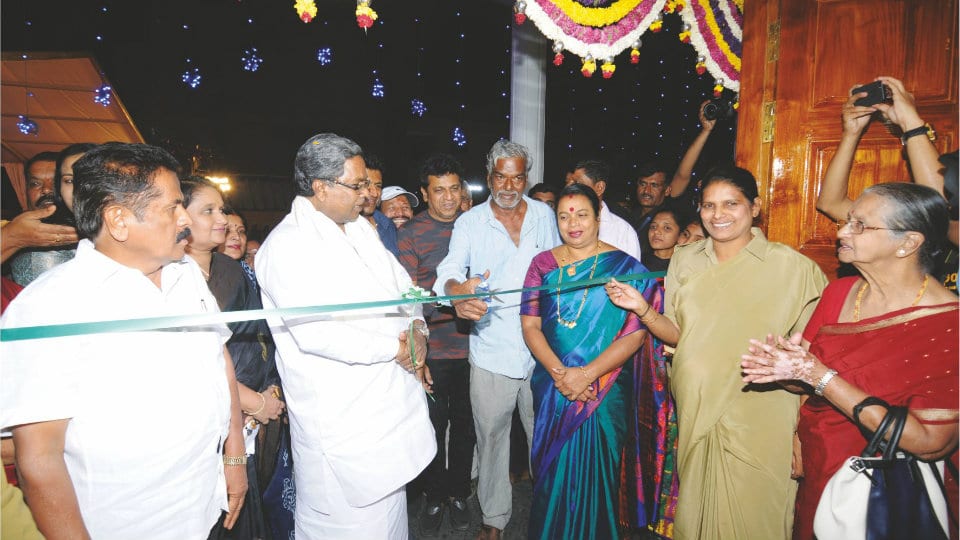 Mysuru:  The soul of Littérateur Vijaya Dabbe, who passed away recently, must still be floating around here as she is the one who gave the name Shaktidhama to the home started and nurtured by Dr. Rajkumar and Parvathamma Rajkumar, said Shaktidhama Trustee and well-known Literature Devanur Mahadev.

He was speaking after the inauguration of the new building in Shaktidhama by Chief Minister Siddharamaiah yesterday and said it is due to the benevolence and inner feelings expressed by a few towards the downtrodden and exploited that Shaktidhama was built and has grown over the years.

Siddharamaiah had given a grant of Rs.5 crore and the new ‘Kaushalya Bhavan’ and hostel buildings have been constructed at a cost of Rs.7 crore, he said.

Actors Shiva Rajkumar and Puneeth Rajkumar, sons of Dr. Rajkumar, recalled the times they used to come with their mother Parvathamma Rajkumar to Shaktidhama. They remembered the contributions of those who supported the project and also assured that they would continue to support the home of the underprivileged and exploited women.