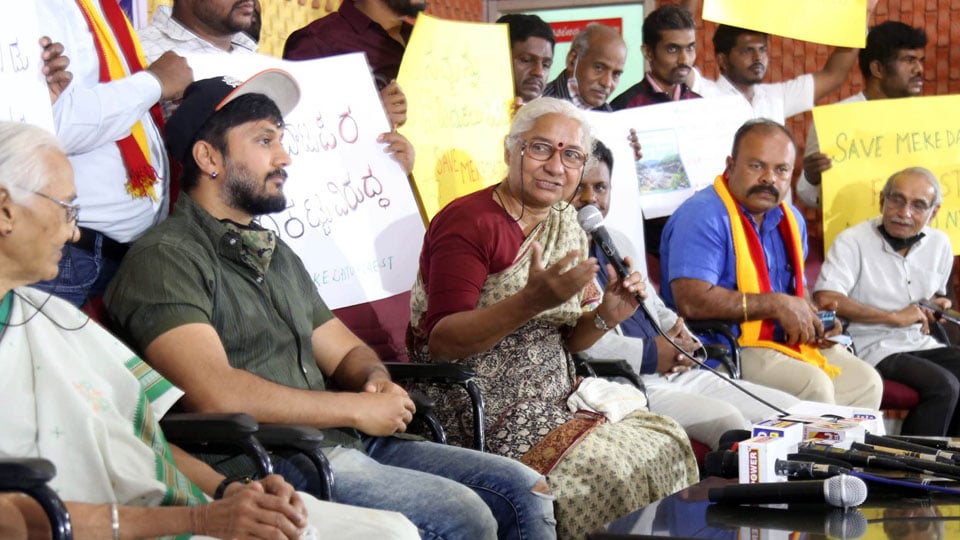 Big projects always in favour of politicians, investors and contractors, not common man

Patkar, who was in Bengaluru to take part in a programme organised by the Karnataka Nela Jala Parisara Rakshana Samithi on Friday, told a press conference that the Government should shelve the Mekedatu project in the interest of environment as well as stakeholders like the Adivasis (tribals).

“Environmental clearance for the project has not yet been given. The Detailed Project Report (DPR) was prepared, but whatever conditions were laid down before giving clearances based on the terms of reference by an expert committee of the Environment Ministry, have not been fulfilled. The Cauvery Water Management Authority also has to give its nod under the 2007 award by the Tribunal. All sanctions are pending, while people’s sanction is the most necessary,” she felt.

She appealed to Karnataka not to view the project from the prism of its inter-State dispute between the neighbouring Tamil Nadu alone. There were bigger issues involved such as sustainability, she observed.

She also expressed surprise that the Leader of Opposition in the Assembly, Siddharamaiah, whom she saw as pro-people, pushed for the implementation of the project without any dialogue. Patkar pointed out that in the US, over 1,000 dams have been decommissioned and pulled down to ensure that rivers flow naturally.

International financial institutions would be keen to extend financial support to such mega projects as part of the conspiracy to establish control over natural resources of the countries and to set the stage ready for changing the policies in their favour, she alleged.

Speaking on the occasion, Kannada cine actor Chetan alleged that the Mekedatu project was nothing but a war by all the three major political parties in the State against the environment. He also maintained that the project was in favour of contractors.

Agitation will not win disputes: Gowda

He clarified that he never fought the Cauvery dispute out of the court, adding that the dispute is still pending before the court. “Will the court not deliver its judgement if Congress does not agitate?” he asked. He also felt that inter-State disputes  cannot be won through stirs or beating of drums.

‘Bommai Government will react to Patkar’

Reacting to Medha Patkar’s observation on the Mekedatu project, KPCC President D.K. Shivakumar said the Congress will fight for implementation of the project for the benefit of the people and farmers and not for his personal interest.

He said the Basavaraj Bommai Government would answer all questions raised by Patkar. “The government is there to address their concerns. We are not in power,’’ he said, pointing out that the real people who should have opposed the project were people from his taluk as they are losing their lands.