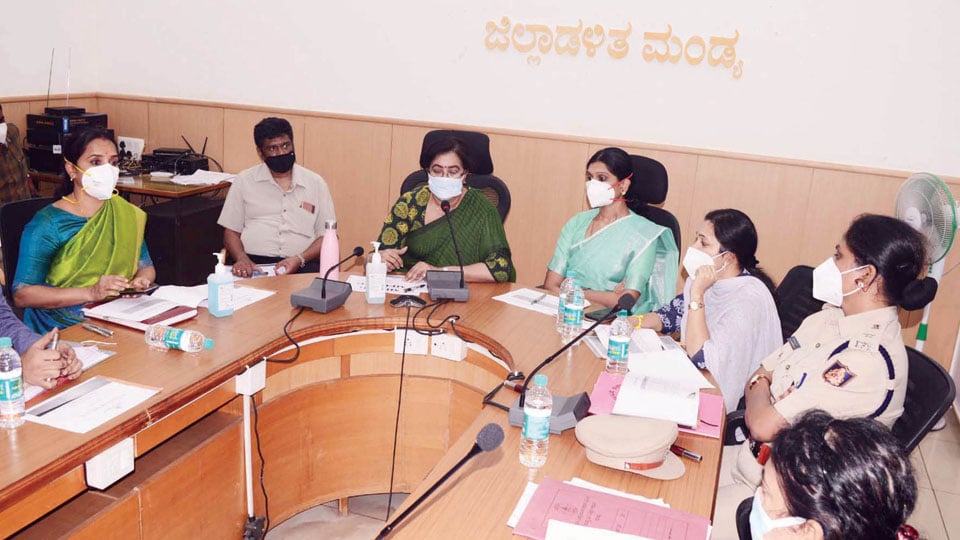 Mandya: Taking a dig at the Department of Mines and Geology, Mandya MP Sumalatha Ambarish took the officials to task for not collecting Rs. 1,200 crore Royalty due to the State Government from the district mining companies for the last so many years.

Talking to reporters after holding a meeting with Officials at the DC office here yesterday, she said prima facie, it looks dereliction of duty on the part of the Department officers as they have not made efforts to collect the dues from the mining companies.

Out of Rs.1,200 crore pending, not even Rs. 1 crore has been collected. The companies have not bothered to reply to notices served on them for the payment of penalty towards the Royalty dues. Unfortunately, the officers too have maintained a stoic silence in this regard.

“Officers are not giving correct information regarding illegal mining in the district. This shows utter callousness on their part. They have not furnished details on total penalty imposed on illegal mining, against whom cases have been booked and how much Royalty has been collected. Because of their negligent attitude, I am giving instruction to the Deputy Commissioner (DC) to furnish details on the collection of Royalty,” Sumalatha said.

The MP said that local people have given information about illegal mining in their nearby villages but officers concerned have failed to act on it. This would be brought to the notice of Mines and Geology Minister Murgesh Nirani.

The Department officers have sought three months time for the collection of Royalty. They have been told to do it as early as possible. Officers must give in writing that who was exerting pressure on them for not taking action on illegal mining. It was possible to develop the district out of the Royalty money, she opined.

Expressing her shock over people coming to KRS Dam for fun and frolic, she said that the Dam was a high-security zone and how such things can take place. “Those who say that the Dam has been safe are quiet on this serious issue. Are they not aware that what all can be done within five minutes? The Minister must be asked to visit the spot and take necessary action. However, it may take some time,” she said.