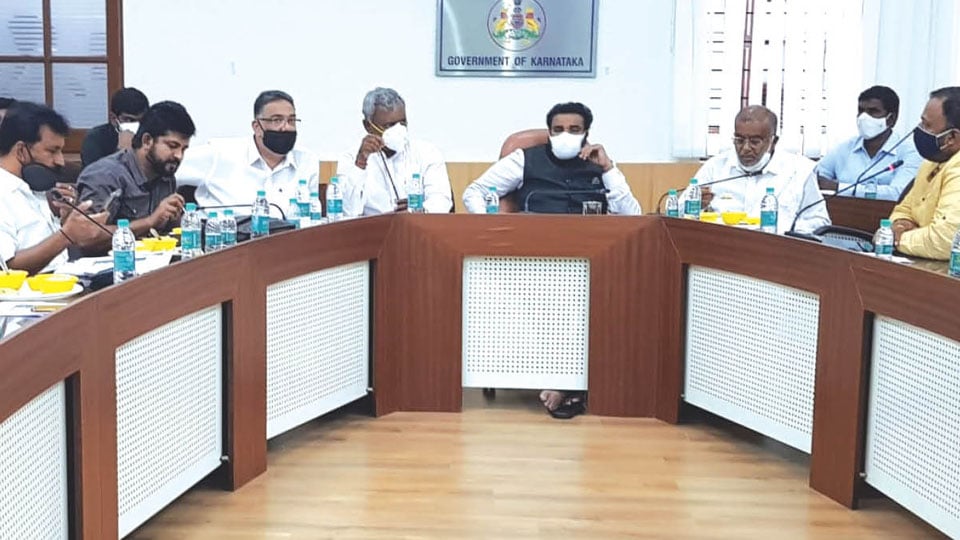 Mysore/Mysuru: With the construction of the ambitious Dr. B.R. Ambedkar Bhavan in the heart of the city lying in limbo for years, Social Welfare Minister B. Sriramulu directed the officials to expedite the works   on the project.

Sriramulu, who held a meeting along with Mysuru District in-Charge Minister S.T. Somashekar at Vikasa Soudha in Bengaluru on Saturday, learnt that the works on the execution of the project was going on at a snail’s pace, following which the Ministers asked the officials to complete all the pending works at the earliest and throw it open for the public.

Noting that the Bhavan was coming up following public demand, Sriramulu said that the Bhavan construction works must be expedited and there should be no further delay for whatever reason.