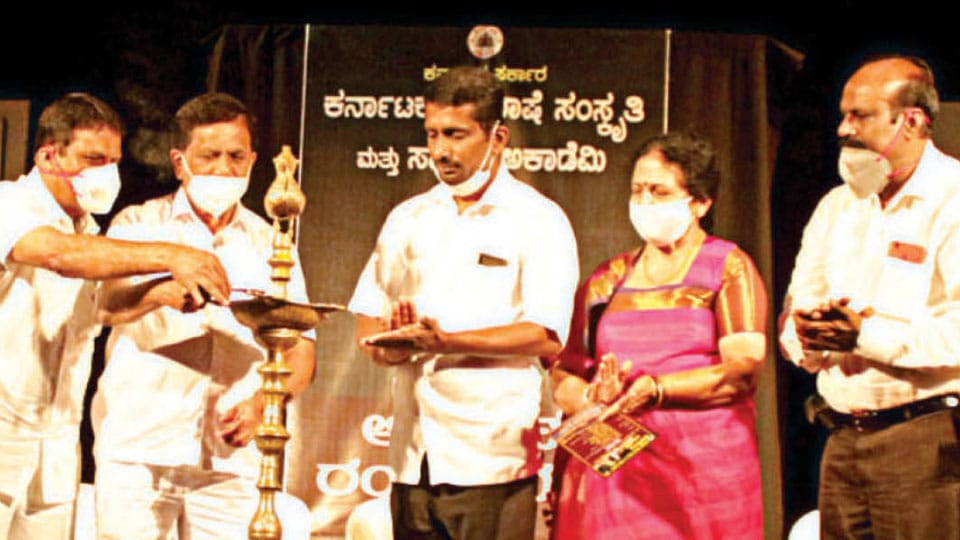 Madikeri: Maintaining that Arebhashe is one of the sub-dialects of Kannada, Madikeri MLA Appachu Ranjan said that films must be made in Arebhashe language in order to propagate the language further.

He was speaking after inaugurating the staging of ‘Sahebru Bandave !!?’ Arebhasha play organised by Karnataka Arebhashe Samskruti Mathu Sahitya Academy at St. Joseph’s Institutions in Madikeri on Sunday.

Observing that production of films will largely help in the growth of Arebhashe languages, Appachu Ranjan said that the Government too will extend support by granting subsidy for such films. Stating that newer ideas are needed for the survival of a sub-dialect which is largely  confined to a particular region, he stressed on the need for people to speak the language and also to inspire others for learning it.

Virajpet MLA and Karnataka State Government Land Conservation Committee Chairman K.G. Bopaiah said that Arebhashe play will help in promoting culture, traditions, practices and customs attached to the dialect. He lauded the organisers for staging the Arebhashe play at a time when such sub-dialects are facing the threat of extinction.

MLC Veena Achaiah said that it is important for everyone to give importance for their mother- tongue and for the promotion of language dialects.