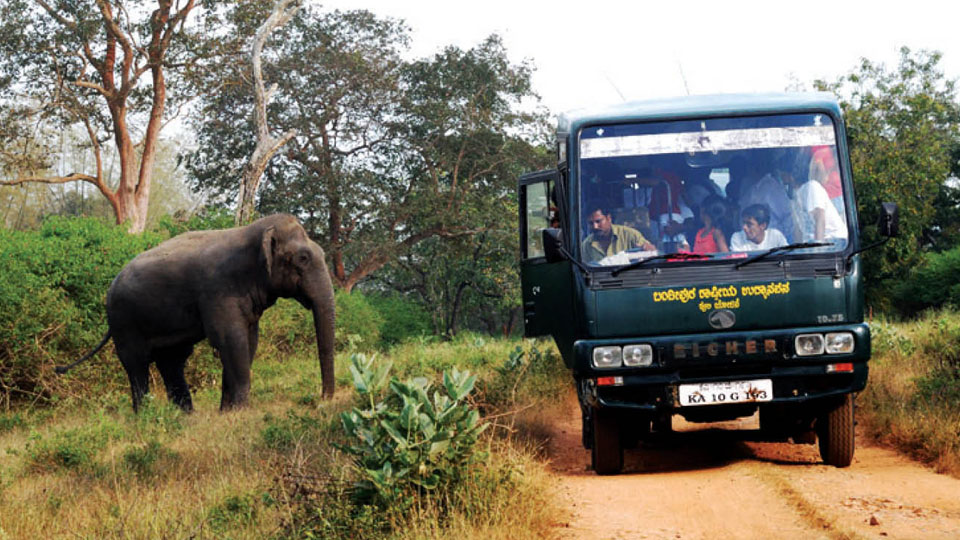 Monsoon bounty for denizens at Bandipur and Nagarahole

Lush green, not dust and mud, is the dominant colour at Bandipur Tiger Reserve and Nagarahole National Park now, thanks to the rain that has been lashing this vast expanse of forests since the end of May this year. While the pre-monsoon showers in February provided the much-needed relief to the parched jungles and bone-dry lakes and ponds, monsoon has converted the dust-filled swathes into green patches.

Rain has arrived early this year and the volume of water coming down from the clouds has increased manifold when compared to the last three to four years. Nagarahole is in the border of Kodagu district that has witnessed more than average rain this monsoon.

Normally it would rain by the end of June till about first week of August. Due to this, wild animals from Nagarahole used to venture out of forest area into human settlements in search of food and water every year after December. Last two years were the worst for the animals as River Lakshmanatheertha went dry along with water bodies inside the park including the ones at Chennammanakatte, Erekatte, Mantallikere, Mudaganoorukere, Billenahosahallikere, Bheemanakatte, and Baanerikere.

Even the forest department officials are hopeful that the animals, especially elephants, will remain inside the woods without venturing outside as plenty of food is available inside the jungle.

The Nagarahole National Park is spread across 643 Square Kilometres and has been divided into 8 Zones – Nagarahole, Kallahalla, Veeranahosahalli, Hunsur, Anechowkur, Antharasanthe, D.B. Kuppe and Metikuppe. Before monsoon, the Forest Department officials had identified certain lakes and had made arrangements to fill water from borewell preventing animals from dying of thirst.

Also, due to lack of water, animals would migrate to Kabini Backwaters and some animals ventured into villages destroying paddy and other standing crops. But now with rain, the threat of drought is eliminated, said Madhusudhan, Range Forest Officer, Veeranahosahalli.

Speaking to Star of Mysore, Madhusudhan said that they had set up fencing around the forest with waste railway lines and have also dug trenches to prevent elephants from entering villages. Special watch towers have been set up and guards are posted there to minimise man-animal conflict.

Only five kilometres of Veeranahosahalli has to be fenced with railway lines and the rest of the fencing has been completed. This can eradicate the wild elephant menace up to 99 percent at Nagarahole, Madhusudhan added. 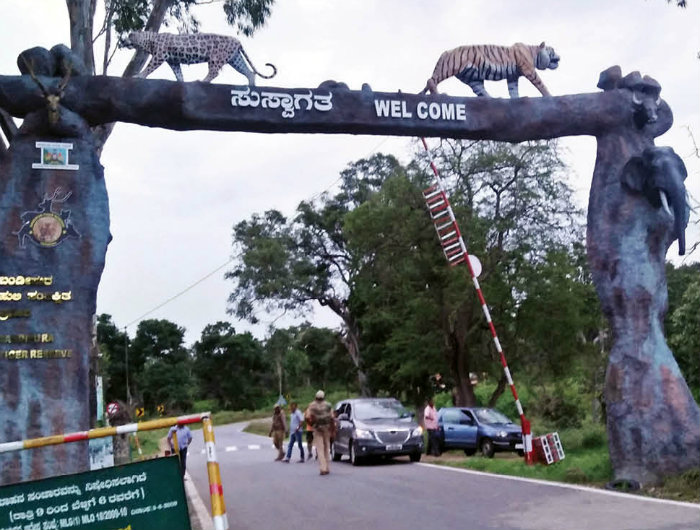 It’s raining in Bandipur; plenty of food for wildlife

Drought and frequent forest fire have played havoc with animals of the Bandipur Tiger Reserve since the last two or three years. Starved of fodder and water, animals migrated to Wayanad in Kerala and the backwaters of Kabini to survive the dry weather.

Their misery has ended finally this year as heavy rain has turned Bandipur’s forests lush green once again with plenty of food and water on offer for animals. The Tiger Reserve that resembled a desolate place with dry trees, tall lantanas and dust-filled hot air permeating the atmosphere from November last year to March this year now sports a green blanket all over. Be it trees, lakes, ponds, rivulets, plain areas or slopes, everything is green and full of fresh water.

The Bandipur National Park is spread across 1,02,700 hectares (1,027 sq kms) and the forest area covers a total of 13 ranges including three in Bandipur, four in Gundlupet and six in Hediyala. Among the 380 lakes in Bandipur, 350 lakes had completely gone dry. All the 380 lakes are now filled with water and the areas around the lake are filled with water springs that have been activated, thanks to heavy rain.

Forest officials said that if the South West Monsoon continues in the same momentum till August and if there is good rain during North East Monsoon in October and December, the greenery inside the park will remain till the next monsoon.

It also supports a wide range of plants and tree species including teak, rosewood, sandalwood, Indian-laurel, Indian kino tree, giant clumping bamboo, clumping bamboo and others. There are a number of flowering and fruiting tree species like kadam, Indian gooseberry, crape-myrtle, axlewood, black myrobalan, flame of the forest, golden shower tree and others.

Bandipur Tiger Reserve Director Ambadi Madhav who is also the Director, Project Tiger, Bandipur told SOM that they were expecting more tourists to Bandipur in the coming days. Of late, tourists, wildlife enthusiasts and ecological tourists are making a beeline to Bandipur and they are not disappointed as Bandipur is now renowned for showcasing spectacular sightings of majestic animals in their natural habitat. 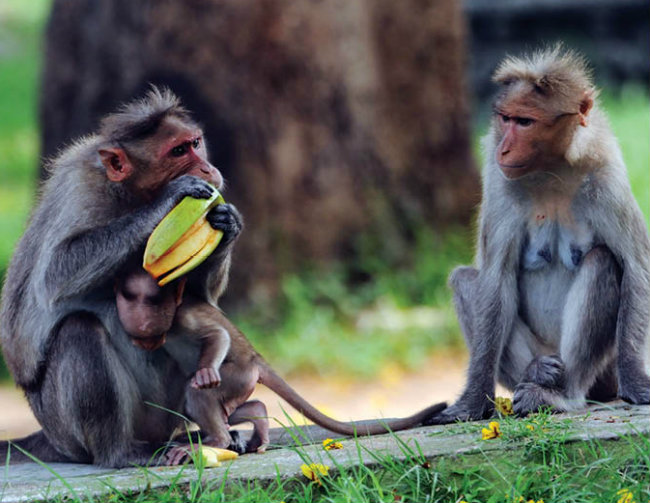 “We are ready to accommodate tourists and have taken a series of measures to ensure the safety of wild animals and the human beings. Apart from setting up railway line fencing, we are levying heavy fines on tourists who cause a nuisance inside the protected areas. Patrolling has been intensified and we are booking cases against violators in addition to fines,” he said.