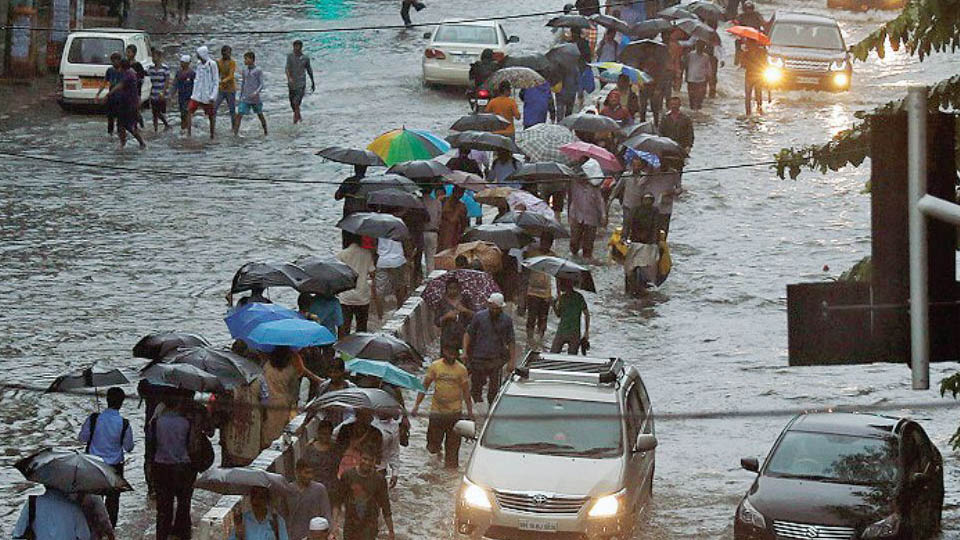 The monsoon season in India is about ushering in hope, prosperity and wealth. But in India’s urban concrete jungles, monsoon is a nightmare and requires great survival skills.

One good heavy rain and urban India plunges into chaos. Shamefully, the most affected are the big cities like Mumbai, Chennai and Bengaluru — cities where nation’s revenue is generated.

But when most of the politicians and bureaucrats are real-estate agents, naturally Urban Planning is not a priority.

In Mumbai, 40% of swamps, which were buffers between land and sea, have been filled and allotted to builders! The famous Bandra – Kurla Complex was built by filling up a swamp in spite of the National Environmental Engineering Research Institute (NEERI) warning Maharashtra government in 1996 that reclamation of mangrove lands for the Complex would lead to flooding during monsoon. No one cared. So flooding continues and will continue.

But can we always blame politicians? Not really. We vote based on caste and money instead of what developmental plans a leader has and if he has delivered on it.  Also we use storm water drains as landfills by dumping waste and debris. A Public Works Department is only as effective as the citizenry’s civic sense.

Now, the most ironic moment during floods is when instead of cursing and protesting against the lack of basic services we pat our own backs for our ability to survive Government’s inefficiency and scream “Spirit of Mumbai” while mocking others.

We all may remember when Mumbai flooded in 2005, a few months later New Orleans, a city in USA also flooded. Soon proud messages were being circulated saying, “Mumbai up in 2 days… New Orleans still down after 3 months.”

Well, Mumbai flooded with just a heavy rainfall whereas we failed to see that 80% of New Orleans drowned as the levee broke. Now, it’s been over 10 years; so where do these two cities stand?

Two years after flooding, the Greater Mumbai Disaster Management Action Plan came into existence and in a 2013 report, the Comptroller and Auditor General (CAG) said that only 30 per cent of the work was completed with cost escalations of over Rs. 2,708 crore !

Also the Brihanmumbai Stormwater Disposal System (BRIMSTOWAD) Project, a plan conceived way back in 1985 to set up pumping stations, was given a kickstart. Out of the eight planned pumping stations, only four are ready. Meanwhile, the cost went from Rs. 1,200 crore to Rs.4,000 crore ! And Mumbai continues to flood every monsoon.

On the other hand, in 2005, 80% of New Orleans was submerged. Today they have a new protection system against floods and hurricanes built by the US Army Corps of Engineers. The city has been rebuilt. Tourism has increased. It is slowly becoming the food and music hub of America with numerous restaurants. It now hosts over 129 art and music festivals annually! What about Mumbai? Well, the city with the richest Municipality in Asia, is still flooding every year. Is this the spirit of Mumbai?

But not to worry they will rebuild a better Houston city and will not face a flood next time… but Mumbai? Well, Mumbai will keep patting itself on the back about its “Spirit of Mumbai.” Let’s hope they keep their spirits up and safe… because they will need it again next year and the year after and after…

Guess, the saying in India is: Ask not what your country has done for you. Just do what you have to do because your Government does nothing for you!