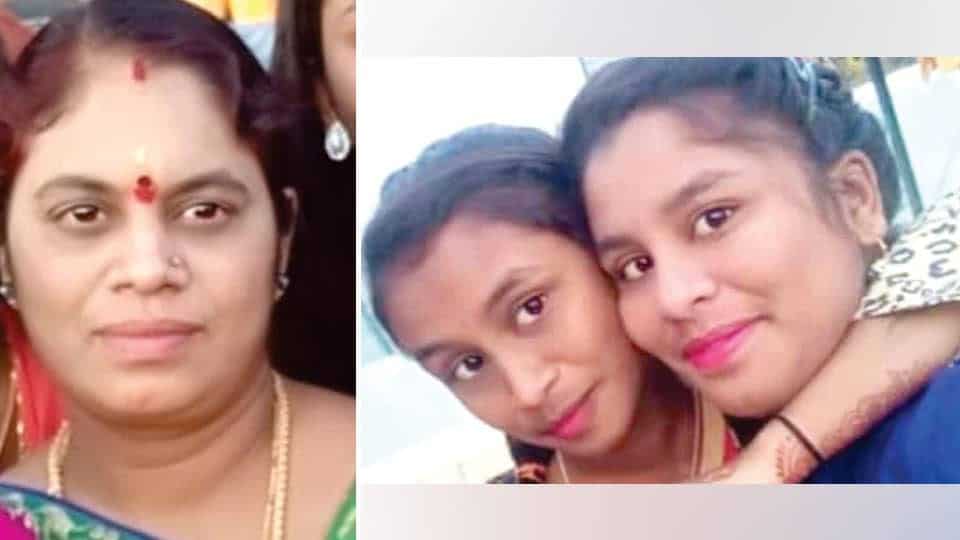 Bodies fished out from Varuna Canal

Mysuru: A mother and her two daughters committed suicide by jumping into the Varuna Canal near KRS on Thursday night and the bodies of the three victims were fished out from the Canal near Belagola yesterday morning.

It is learnt that Vaishnavi and Varsha had gone to see the Ganesha idol near their house during which their father Kumar, a milk vendor, saw them clicking selfies with some youths following which Kumar scolded his daughters and asked them not to go to the college from tomorrow. This had led to a quarrel between Kamala, two daughters and Kumar at the house.

Upset over this, Kamala, along with her two daughters,  boarded a bus to KRS on Thursday night and the neighbours who saw this, informed Kumar who immediately took another bus to KRS.

Upon reaching KRS, Kumar heard people talking that a woman and two girls had jumped into the Varuna Canal near KRS.

He immediately rushed to KRS Police Station and informed the Cops that those who had jumped into the Canal were his wife and daughters.

Inspector Byatarayappa and staff immediately rushed to the spot and launched a search to trace the three but could not trace them as the bodies had swept away due to strong current in the Canal and the Police stopped their search operation due to low light.

Yesterday morning, the Police again began their search operation and the bodies of the three were found in the Canal near Belagola.

The bodies were fished out and shifted to Belagola Government Hospital, where post-mortem was conducted and the bodies were later handed over to the family members.

KRS Police, who have registered a case in this regard, are investigating.