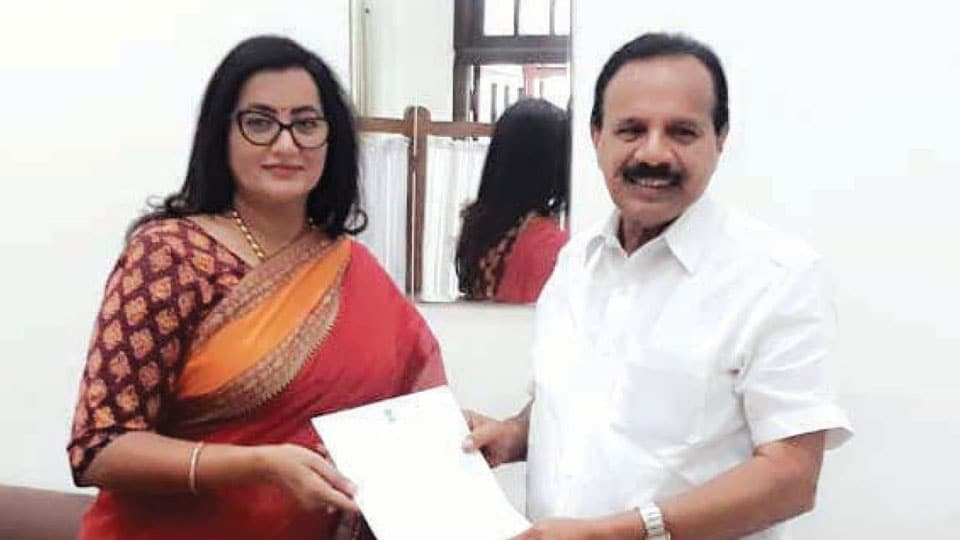 Sumalatha who is in New Delhi to take part in the first session of the newly elected Parliament, met Union Jalshakti Minister Gajendra Singh Shekhawat and explained him of the drought situation in Mandya district which had resulted in wilting of standing crops. She appealed the Minister to direct the Cauvery Water Authority to immediately release at least 2 TMC ft. of water from KRS Reservoir to the canals in order to save the standing crops and thus come to the rescue of worried farmers. She later met Union Minister for Chemicals and Fertilizers D.V. Sadananda Gowda, who represents Bengaluru (North) Constituency in the Lok Sabha and urged him to ensure that Karnataka gets a fair deal by the Cauvery Water Authority. She also appealed Union Parliamentary Affairs Minister Pralhad Joshi, who is from the State to exert pressure on the Union Government in this regard.

Even as her critics are questioning Sumalatha over her commitment to the people of Mandya, Sumalatha is answering her critics by visiting all concerned Union Ministers at New Delhi for the development of Mandya and resolution of issues.