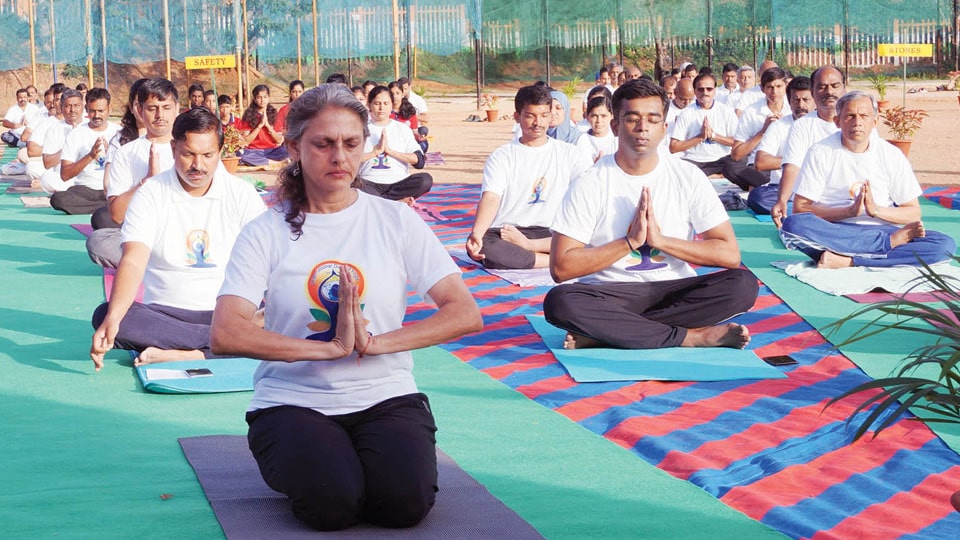 Mysore: Coinciding with the International Yoga Day for promotion of global peace, harmony and progress, Mysuru Division of South Western Railway (SWR) celebrated Yoga Day today morning in the Railway Sports Grounds.  Aparna Garg, Divisional Railway Manager, Mysuru Division, inaugurated the programme by lighting the lamp and led over 300 Officers/Staff of the Division in the yoga session lasting an hour.

Raghu, Mukhya Shikshak, Yoga Aradhana Kendra, Mysuru conducted the yoga session.  The yoga enthusiasts were taught basic asanas as per the common Yoga Protocol by the Shikshak highlighting the immense benefits of each one of them.

Speaking on the occasion, Aparna Garg greeted yoga-lovers and read out a message of Prime Minister underscoring that yoga is a state of equilibrium and equanimity. She thanked the participants and was optimistic that everyone will be embracing yoga in the coming years because of the enormous and holistic health benefits it offers.

The event concluded with reciting Yoga Geet by participants, according to a press release from Dr. Satish, Sr.Divisional Operations Manager and PRO.