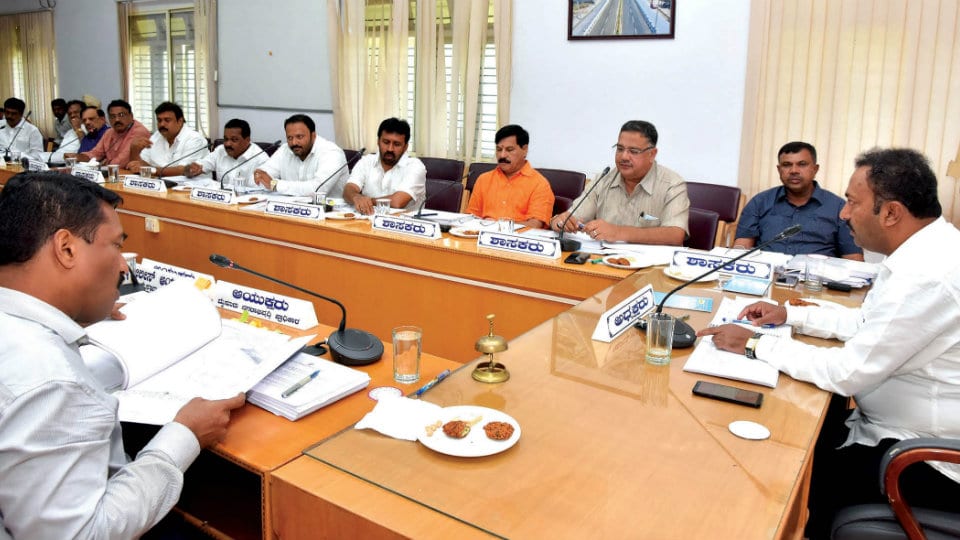 Mysuru: In an effort to maintain transparency in the allocation of CA (Civic Amenities) sites, the MUDA General meeting that took place at MUDA office on JLB road here yesterday, decided to form a sub-committee.

The meeting presided by MUDA Chairman H.N. Vijay, resolved to form the Sub-committee after a prolonged discussion on the allotment of 84 CA sites. The meeting wrested the power of appointing members to the committee, with MUDA Chairman.

Although the MUDA had announced a notification for the allotment of 84 CA sites in various localities of the city, it could not invite applications due to the model code of conduct for Lok Sabha Polls.

Another important decision, the meeting after a prolonged debate, agreed to act on the Government order regarding issuance of NOC (No Objection Certificate) to seven private Co-operative Societies for formation of layouts in a total of 140 acres coming under Halalu, Yadahalli, Kergalli, Chikkalli and Yandalli village of the taluk.

The issue had been a bone of contention between two MLCs in the previous meeting held on May 10, when Marithibbegowda and Sandesh Nagaraj got engaged in a verbal duel. While Marithibbegowda pressed for the implementation of the Government order, Sandesh Nagaraj opposed it saying that the issuance of NOC would be a disaster for MUDA.

Monday’s meeting also saw MUDA debating a number of other key issues, while some of the proposals that were on the agenda were agreed to, a few others were deferred and the remaining were rejected on various grounds.