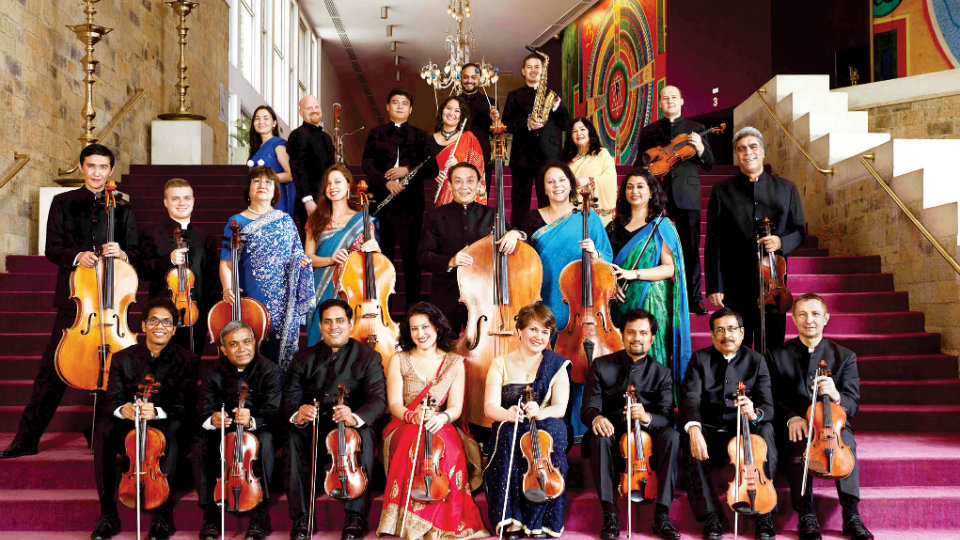 Musical tribute to the Maharaja by Mumbai Symphony Orchestra

Mysuru: National Centre for the Performing Arts (NCPA), Mumbai and the Symphony Orchestra of India (SOI), India’s first and only fully professional orchestra, will perform at the event commemorating the Birth Centenary of Maharaja Jayachamaraja Wadiyar on July 18 and July 20 at the Mysore and Bangalore Palaces respectively.

Led by Music Director Marat Bisengaliev, the orchestra’s performance will reflect Wadiyar’s own eclectic and aesthetic music ranging from Mozart to Albeniz to Medtner. Members of the Mysore Royal family, NCPA Chairman Khushroo N. Suntook and other eminent personalities will be present.

One of the greatest patrons of Western classical music, Maharaja Jayachamaraja Wadiyar was respected and deeply admired, far beyond his own realm. A brilliant musician himself, Wadiyar would have chosen to be a concert pianist, had fate not decreed that he be a King. But he nurtured his passion all his life, and gave to European Art music, not his own talent, but the chance for the genius of others to find public acknowledgement.

Even those who never met him, like the legendary conductor Herbert von Karajan, lauded his choice of works to be performed and recorded (another ‘first’) such as such as Bartok’s Music for Strings, Percussion and Celesta.

There are landmark events and institutions that owe much to Wadiyar, who was as discerning and knowledgeable as he was generous: the putting of the Philharmonia Orchestra in London on a stable financial footing for one, the performance of Richard Strauss’ Four Last Songs, exactly in keeping with the composer’s last wish, down to the choice of soprano Kirsten Flagstad, for another.

Khushroo Suntook, who is also the Co-Founder of the Symphony Orchestra of India said, “I would like to thank the Royal Family of Mysore and in particular Maharaja’s daughters Princess Kamakshi Devi and Princess Indrakshi Devi for giving us the opportunity to perform during the Maharaja’s Birth Centenary.”

The Symphony Orchestra of India (SOI), based at the National Centre for the Performing Arts (NCPA), Mumbai, was founded in 2006 by NCPA Chairman Khushroo N. Suntook and internationally renowned violin virtuoso Marat Bisengaliev, who serves as the Orchestra’s Music Director.

Zane Dalal was appointed Associate Music Director of the SOI in September 2014, after serving seven years as Resident Conductor. Evgeny Bushkov serves as the Resident Conductor, taking up the role in January 2017.

The National Centre for the Performing Arts (NCPA), Mumbai, is India’s premier cultural institution. Inaugurated in 1969, it was the first multi-venue, multi-genre cultural centre in South Asia.

The NCPA is committed to preserving and promoting India’s rich and vibrant artistic heritage in the fields of music, dance, theatre, film, literature and photography, as well as presenting new and innovative work by Indian and international artistes from a diverse range of genres including drama, contemporary dance, orchestral concerts, opera, jazz and chamber music.