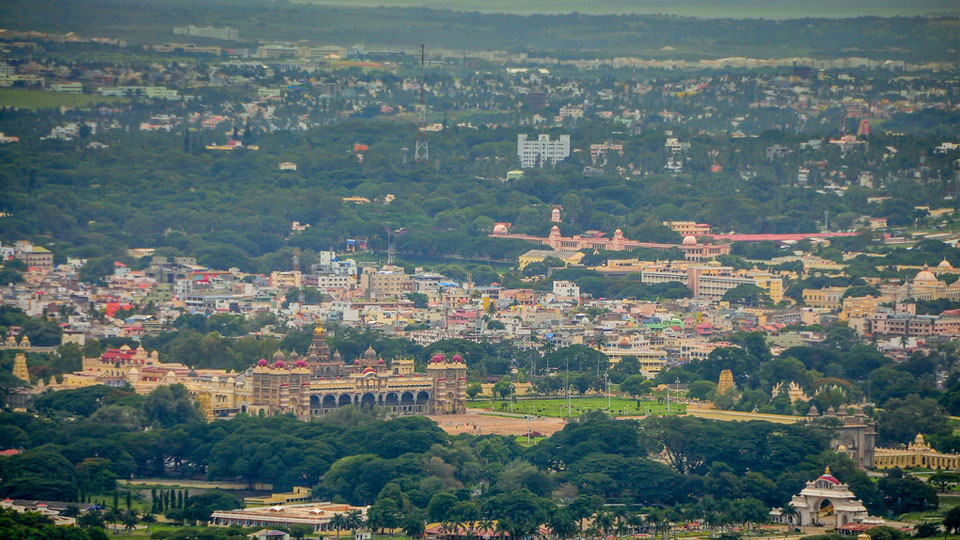 Mysuru among 21 air-polluted cities in Karnataka

Mysuru: Weeks after the Union Ministry of Environment, Forests and Climate Change released the National Clean Air Programme (NCAP) to improve air quality by 20-30 percent in the next five years, a new report has said the NCAP uses limited data and its list of 102 cities omits a number of highly-polluted locations.

Titled Airpocalypse III, the report compiled by the environmental activist group Greenpeace India was released on Tuesday last. It concluded that on the basis of 2017’s pollution data, over 21 cities in Karnataka are unlikely to meet pollution control targets. Among the 21 cities, seven cities (Davanagere, Bengaluru, Raichur, Bijapur, Bidar, Tumakuru and Belagavi) will still remain above the danger mark by 2024 even if the government seriously implements schemes to cut down air pollution levels.

Greenpeace identifies 139 additional cities in India where air pollution levels exceed national standards but were not included in NCAP. The NCAP was launched by the government earlier last month and is a Rs. 300 crore initiative to reduce Particulate Matter (PM) pollution by 20-30% in at least 102 cities by 2024. The 102 cities were identified on the basis of 2015 data, but two years later, the number of polluted cities has increased.

Sourcing data from over 680 pollution measurement observatories, Greenpeace report suggests that there are an additional 17 Karnataka cities that need action because the PM-10 level (dust particles of 10 micron size) is above the national standards of 60 micrograms per cubic metre.

They are Mysuru, Tumakuru, Belagavi, Shivamogga, Mangaluru, Karwar, Bidar, Kolar, Chamarajanagar, Bellary, Bagalkot, Raichur, Bijapur, Chitradurga, Davanagere, Kodagu and Hassan. These cities have PM10 levels beyond the National Ambient Air Quality Standards (NAAQS). These specify upper limits to a range of airborne chemicals and compounds. The Greenpeace used the air quality data from government sources like Central and State Pollution Control Board from the year 2017.

“We have air pollution measuring units at K.R. Circle, considering the area’s density of vehicle population at any given point of time and at Royal Inn junction. We have been measuring pollution levels since the last 15 years and even the levels are digitally displayed at our office,” he said.

On the Greenpeace report, he said that he failed to understand what parameters were used by it to include Mysuru in the list of polluted cities. “There are no dangerous materials nor the situation is alarming in Mysuru,” he added.