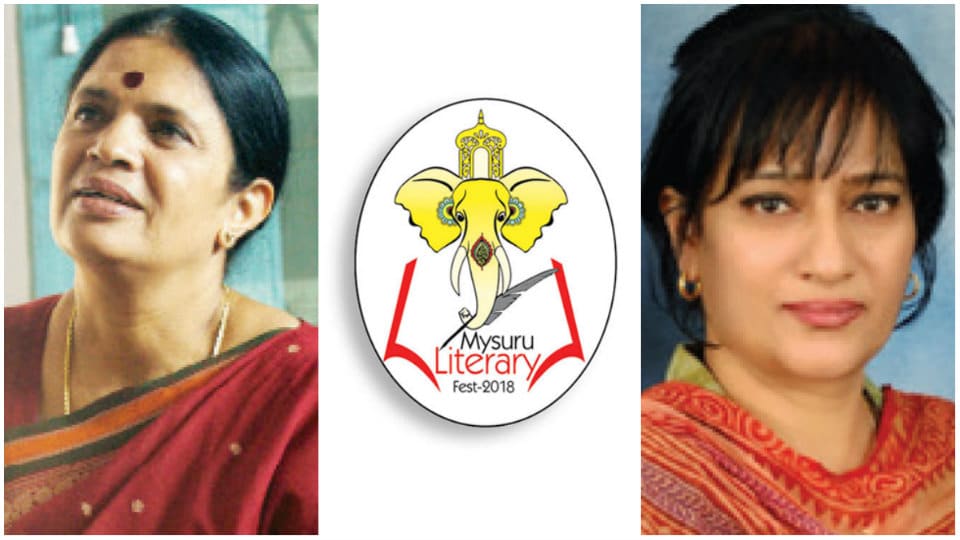 The countdown to the second Mysuru Literary-Fest 2018 organised by Mysore Literary Association (MLA) has begun with the Fest being held on Aug.12 at Senate Bhavan in Manasagangothri campus.

Star of Mysore is profiling some of the leading names in various fields who are the panellists participating in the day-long session.

The three panellists who are being featured today (Aug.9) are Prof. Laxmi Chandrashekar, Prof. T.R.S. Sharma and Prof. Krishna Manavalli.

They are participating in a panel discussion titled “Translation: Challenges.”

A post graduate in English from the Universities of Mysore and Leeds (UK), Laxmi Chandrashekar has been in theatre for over five decades and acted in more than 35 plays and  played major roles in a number of popular television serials.

She was awarded the Aryabhata Award for Best Actress for the Year 2002 for her role in the path-breaking television serial ‘Grihabhanga’, directed by Girish Kasaravalli.  She has also won several State and National level awards for her translations and contribution to theatre.

An acclaimed translator, Laxmi has translated several short stories, poems and plays from Kannada into English.

Her translation of Dr.Chandrashekara Kambara’s novel ‘Singarevva and the Palace’ has been published by Katha, New Delhi and Peak Publishers, U.K. Her translation of Dr. Kambara’s magnum opus ‘Shikharasoorya’ has been published by Sahitya Akademi. She has also translated hundreds of Vachanas, selected poems of Kanakadasa and several other poets for various collections.

His translation of the Kannada 13th century Jain Classic Yashodhara Carite into English free verse was published by the Penguin Classics, India, in 1993, under the title Tale of the Glory-Bearer. His several articles on American, British, African, and Indian literatures have been published in literary periodicals.

Krishna Manavalli is currently Professor and Chairperson of the Department of English at Karnatak University, Dharwad.  Krishna is a literary critic and translator who works in both English and Kannada languages. In her long and brilliant academic career in the US and India, Krishna has worked on multiple areas such as contemporary British literature, South Asian writing, postcolonial studies, feminism, cultural studies, and translations.

She also taught for many years in the US.  Krishna has published internationally in important literary and cultural studies journals such as Comparative Critical Studies (UK), Journal of Contemporary Thought (US & India), Studies in South Asian Film and Media (US), Proud Flesh, African Journal of Culture, and others.

She has given talks at prestigious literary festivals like the Times Litfest, Bangalore Literary Festival, and Bangalore Poetry Festival.

She is currently translating Dr. Kambara’s plays into English.

For more details on the Fest, the non-members can contact Mob: 9980656631, [email protected] http://mysoreliteraryassociation.com