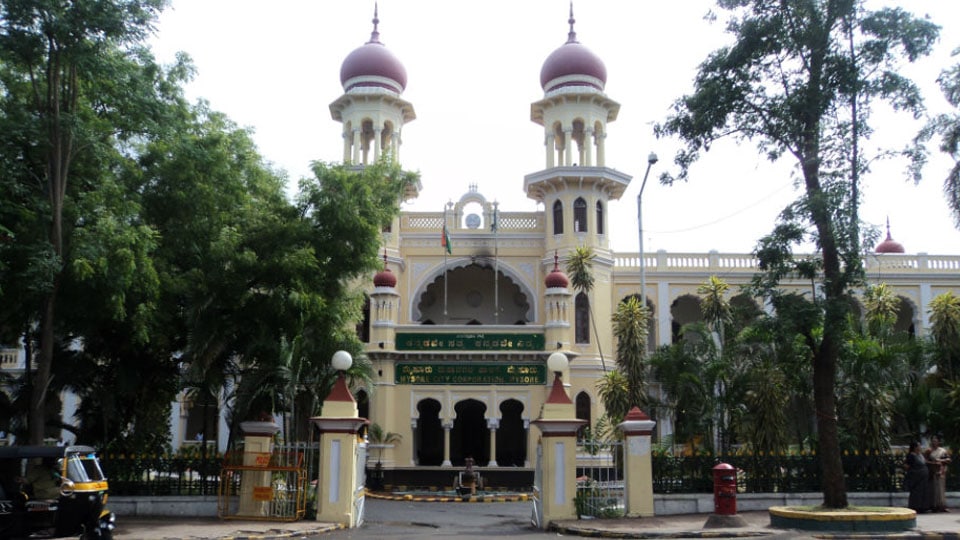 BJP to ally with JD(S) to wrest Mayor’s post for the first time: MLA Nagendra

Mysore/Mysuru: In a changed political scenario, Janata Dal-Secular (JD-S) is likely to end alliance with Congress in the forthcoming Mayoral elections of Mysuru City Corporation (MCC) and align with the Opposition BJP.  “The election will be held on Feb. 24 and the BJP-JD(S) alliance is 200 percent confirmed,” announced Chamaraja MLA L. Nagendra.

The MLA was speaking to reporters after performing guddali puja (ground-breaking ceremony) for the extended portion of the library on the first floor of the Mysore Bar Association building in the City Law Courts Complex this morning.

“The first round of talks with the JD(S) is complete and the State leaders of the two parties are talking with each other to forge an alliance. The BJP will get the Mayor’s post this time for sure,” the MLA said.

No party gained majority in the 65-ward MCC, the elections to which were held in 2018 and the Congress reached an understanding with the JD(S) to gain power in the civic body.

The Congress and JD(S) kept the BJP, which had the highest number of Corporators (22), out of power. The JD(S) has 18 members, Congress 19, BSP 1 and there are 5 Independents

Nagendra’s statement is significant in the backdrop of political slugfest that has erupted between former Chief Ministers Siddharamaiah and H.D. Kumaraswamy with the two leaders blaming each other for the collapse of the Congress-JD(S) Coalition Government in Karnataka. The unease that existed between former partners ever since the fall of the alliance Government is likely to culminate in JD(S) saying goodbye to Congress.

Even Mysuru District Minister S.T. Somashekar, who was in the city for the past two days, stated that the BJP was making all efforts to ensure that the party candidate adorns the Mayor’s chair this time. Somashekar, who is said to be hell-bent on having a BJP Mayor, is learnt to have succeeded in getting the Mayor’s post reserved for General Category (woman) candidate.

Swinging into action soon after the notification of reservation for Mayoral posts in 10 City Corporations of State was issued last week, the CM is learnt to have held talks with top JD(S) leaders on forging an alliance in MCC.

Minister Somashekar is said to have discussed in detail with MP Pratap Simha and City BJP President T.S. Srivatsa about the strategy to be made for bagging Mayor’s post, which is most likely to be occupied by senior Corporator Sunanda Palanetra, who represents Ward No.59.