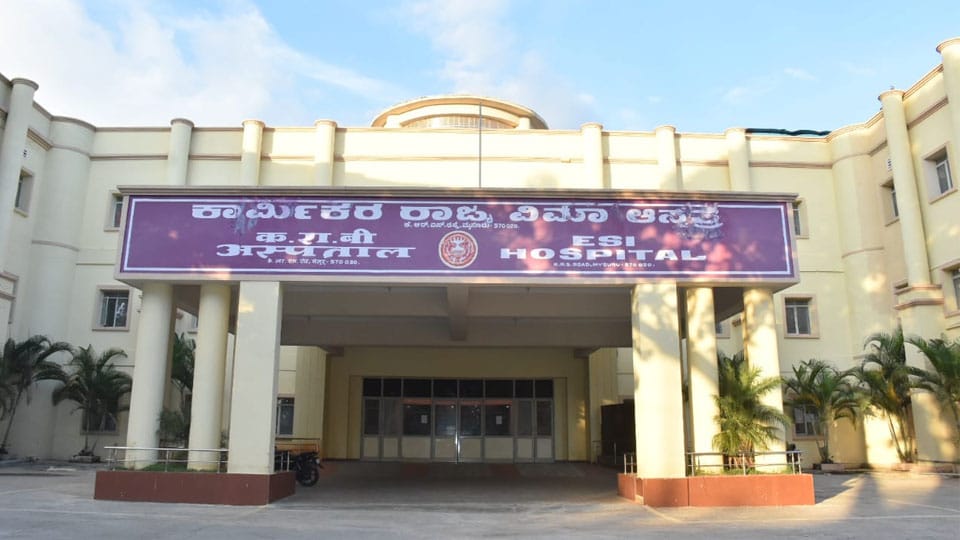 Mysore/Mysuru: Mysuru is ramping up its COVID-19 testing and treatment facilities following rapid rise in infected persons. The need for establishing separate facilities has arisen now as the designated COVID-19 Hospital that has efficiently treated and cured many patients so far may not be sufficient in case the infected cases spiral up in the coming days.

Mysuru Deputy Commissioner Abhiram G. Sankar has said that if there is an explosion of positive cases like in Bengaluru where every day over 100 to 200 cases are being reported, the District Administration is ready with alternative testing and treatment facility.

The DC said that beds can be rented out to accommodate patients at KSOU Centre and the Nirmithi Kendra has been asked to make structural modification of the building interiors to set up more wards, bathrooms, isolation wards and also toilets. People who have mild COVID symptoms and those not in need of ventilators can be admitted at KSOU Centre, he revealed.

The KSOU Centre is in a secluded place and is ideal for an isolation facility. Also, it is on the outskirts of the city. As a back-up, Morarji Desai Residential Schools too will be cleaned and readied in case there are hundreds of cases, the DC added.

At present, in Mysuru, COVID-19 tests are conducted at the state-of-the-art Viral Research and Diagnostic Laboratory (VRDL) located at the Department of Microbiology in Mysore Medical College and Research Institute (K.R. Hospital). Also, tests are being conducted inside PARAKH, a mobile testing facility donated by Defence Food Research Laboratory (DFRL).

To ease the pressure on these facilities where over 600 tests are daily conducted, testing facility or a laboratory will be set up at Government Ayurveda and Panchakarma Hospital on KRS Road in front of PKTB Hospital. “CFTRI has come forward to set up an advanced laboratory here and we just have to provide them space,” Abhiram Sankar revealed.

As part of increasing treatment facilities to more and more COVID-19 patients in case the number of patients rise, the District Administration has also planned to use the Seth Mohandas Tulsidas Maternity Hospital that is newly built on Jhansi Rani Lakshmibai (JLB) Road in city after demolishing the old building.

The Hospital, once completed will be treated as a second COVID-19 Hospital in Mysuru. Construction works of the Hospital is going on in full pace and this morning, Mysuru-Kodagu MP Pratap Simha inspected the Hospital premises and took stock of the constriction works.

The old Tulsidas Hospital has been demolished and the new facility is being built at a cost of Rs. 19.5 crore under National Health Mission. The actual construction works started in 2018 and the MP told reporters that only minor works were pending and the Hospital will be ready in the next one-and-a-half months.

During the inspection today, a few supporters of Krishnaraja MLA S.A. Ramdas took objection to the MP’s visit as the local MLA (Ramdas) was not invited to the inspection. The ‘Suraksha Committee’ comprising Corporators told Simha that as per protocol, the MLA should have been invited.

Pratap Simha, however, told the Committee members that they should not play politics and yesterday, Health Officials were told to inform Ramdas and his Secretary about the inspection and there was a communication gap. The MP later continued his inspection.