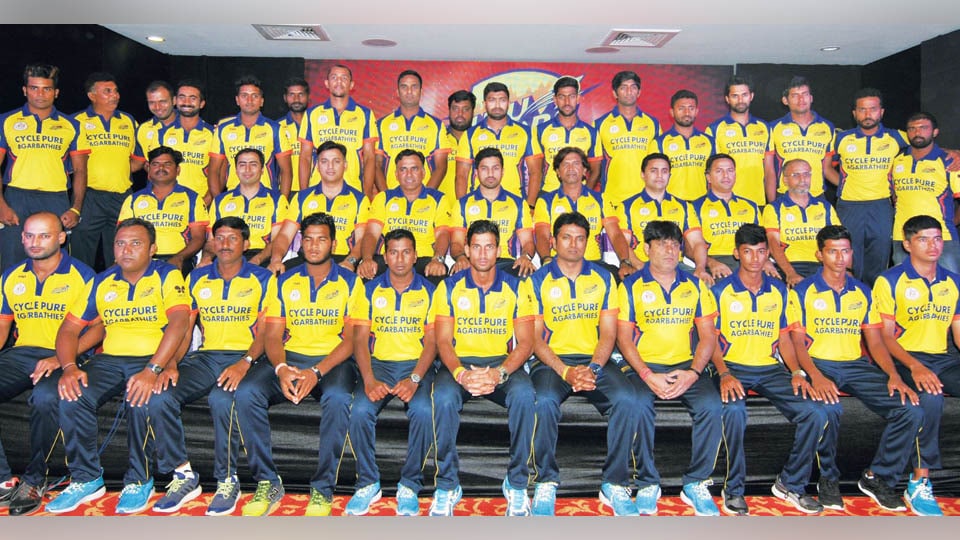 Mysuru:  The Mysuru Warriors, which has been given a new look with 13 new players joining the team during the player auction, has set its goal to reclaim the Karbonn Smartphones KPL title which it last won in 2014 season. The team, owned by Mysuru-based N.R. Group, introduced its players at an event held at Hotel Southern Star in city this morning. Karun Nair, the man who scored his maiden triple century against England at Chennai last year, was the star attraction.

All 20 players along with the supporting staff were introduced individually as the team anthem ‘Nammuru Mysuru’ composed by singer Raghu Dixit played in the background.

Speaking on the occasion, Mysuru Warriors co-owner Arjun Ranga said that this year the management was confident of the team emerging victorious and added that in the previous year team had to bow-out of the tournament as it failed in the last stage.

This year, the Mysuru Warriors has picked players like S.P. Manjunath, Suneel Raju, Arjun Hoysala, N.P. Bhareth, Shivil Kaushik, S.L. Akshay, J. Suchith, Shreyas Gopal, Vyshak Vijay Kumar among few who have T20 experience in abundance. And with Karun Nair being the commander of the team, it will be exciting to watch the Mysuru Warriors performing on the ground starting from Sept. 2.

They will play their first match against Bengaluru Blasters at the Chinnaswamy Stadium in Sept. 2. 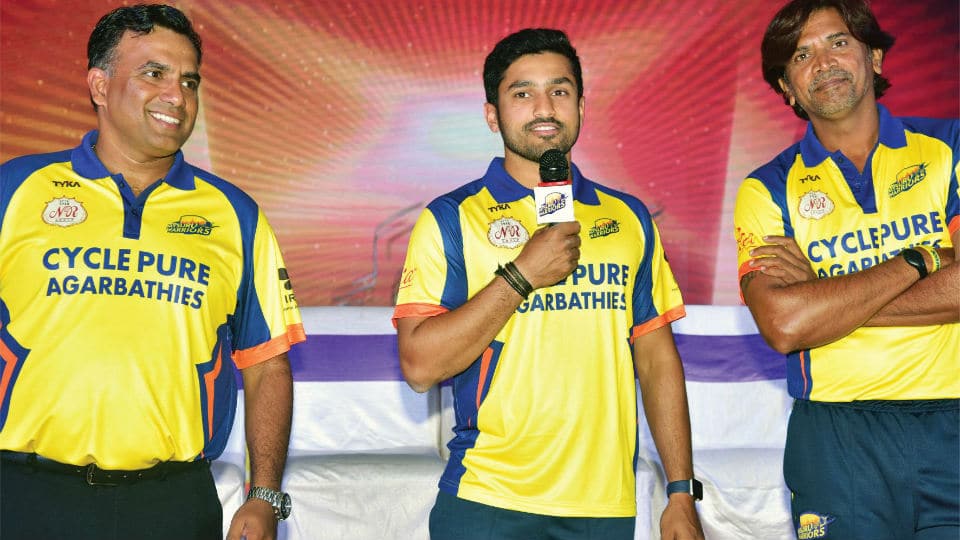 Speaking about the team’s composition, Mysuru Warriors Head Coach Rx Murali said that the team had good combination of batsmen, bowlers and all-rounders and emphasis was being given to make the team a strong fielding side.

Team Captain Karun Nair, who joined the team this morning, said that the team had a great bunch of cricketers and added he was looking forward to the tournament as it was the first time he was  representing Mysuru Warriors in KPL.