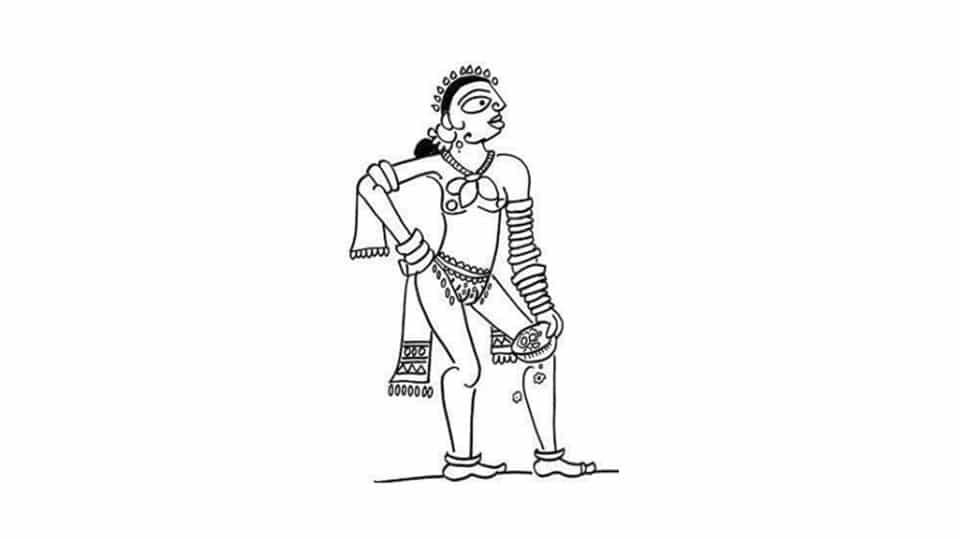 The Harappan civilisation thrived between 2500 BCE and 1900 BCE, lasting six centuries, existing 4,000 years ago. In these cities, we find seals with images that give a tantalising glimpse of a mythology that may have thrived in those cities before the arrival of Indo-European myths 500 years later, around 1500 BCE.

We really do not know what the myths of the Harappans were; but we can speculate, based on the seals and also using certain peculiar measurements and orientations of architecture found in the cities. For example, most cities are aligned in the East-West direction, while burials took place in North South direction, revealing directions had meaning.

During the height of the Harappan civilisation, just before the Sun rose on the spring equinox, the constellation Pleiades (in the House of Taurus) could be seen in the East. Today, in the same location, we see the House of Pisces giving way to the House of Aquarius. Now the Pleiades constellation or the Kritika constellation has six or seven stars. A seal showing seven women has been found in Harappa. Even today, across India, we find the worship of seven maidens known as Sapt Matrika. In Puranic myths, they are considered mothers of the warlord-God Skanda, terrifying Goddesses, causing childhood disease and miscarriage, for those who do not respect them.

Other seals show images of a woman emerging from a tree, and a woman fighting two tigers, while standing on an elephant. Was this an early form of Goddess worship? There are seals of buffaloes being tamed and impaled, of mighty bulls, suggesting the myth of Durga killing Mahisha and her consort Shiva, who rides the bull Nandi. Women wore sindoor and bangles, which are symbols of marriage even today.

The most popular seal is of the horned-God, seated in, what in yoga is known as the throne position, surrounded by animals, leading to speculations that this is the proto-Shiva in the form of Pashupati. The images of people leaping over bulls and buffaloes again indicates the cult of virility, complementing the fertility cult of the Goddess. These seals could refer to Rishabha, the Jain teacher, associated with asceticism and whose symbol is the bull. Rishabha is the foundation of civilisation in Jainism and that Harappa seems more associated with trading than with warfare, does make us wonder if this civilisation could have practiced an early form of Jainism.

We know that the peepal plant was valued in this culture. It later came to be associated with the Buddha as well as Jain sages and Hindu yogis, including Shiva. We know that water was very important in Harappan culture, indicated by tanks and the understanding of the sewage and plumbing systems. Relative standardisation of cities reveals some form of central control, and respect for authority and alignment. The burial rites reveal that there was clearly social structure and hierarchy in these cities, and it was not an egalitarian culture as once assumed.

That the Harappans practiced burials, along with pots and pets, and jewellery, reveals that rebirth was not the foundational myth of these cities. They believed in afterlife. The idea of rebirth, the foundation of Buddhist, Jain and Hindu mythology became dominant only later in the Upanishadic era which was roughly 2,500 years ago. In rebirth, the body is cremated and the bones cast in the river in the hope of rebirth or liberation. There is no concept of afterlife.