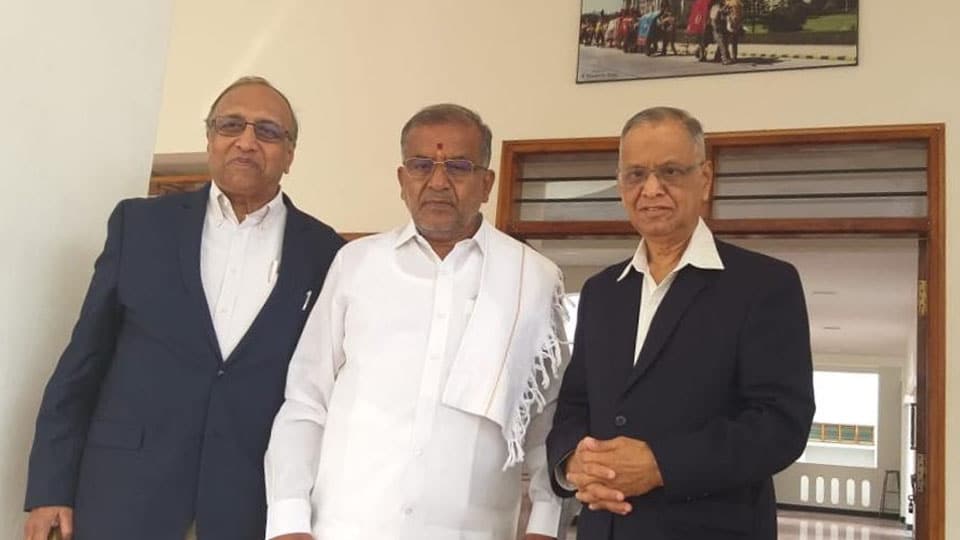 Confirming the meeting, Minister G.T. Devegowda told ‘SOM’ that Murthy had come to meet him over the status of the proposal sent by the NIE seeking University status.

The NIE, which is a model Engineering Institute in the Country had sent the proposal to the Higher Education Department seeking University status, he said.

During the meeting, he (GTD) hold Narayana Murthy that the proposal has to be discussed in detail at the State Cabinet meeting and he (GTD) would fully back the proposal.

Pointing out that NIE, which is an Institution of national repute, had all the merits to be accorded University status, the Minister reiterated that the Department would back the NIE’s proposal and Narayana Murthy an alumnus of this prestigious Institute, has the ability to make the Institute an internationally acclaimed one, he said.