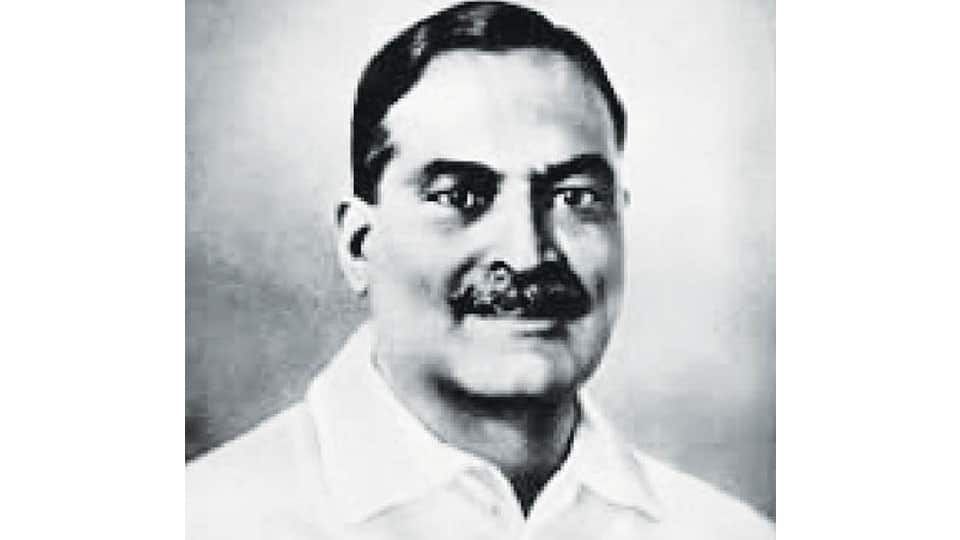 National Doctors’ Day is observed in our country on 1st July every  year. This was introduced by Indian Medical Association (IMA) in the year 1991 to mark the birth and honour the contributions of  the renowned Physician and former West Bengal Chief Minister Dr. Bidhan Chandra Roy (B.C. Roy)  and to recognise the services  being rendered by our medical community.

Bidhan  Chandra  Roy was born in the year 1882 at Patna.  His father Prakash Chandra Roy was an Excise Officer and mother  Aghorakamini was a social worker. He had two brothers and two sisters and Roy was the youngest. He completed his BA in Patna and later obtained Honours in Mathematics.

He then moved to Calcutta (now Kolkata)  and was selected to pursue Engineering as well as Medicine course. B.C. Roy opted for Medicine and joined Calcutta Medical College. At the entrance of the college he noticed a write up as follows: “Whatever thy hands find to do,  do it with thy might.”  This struck to his mind and he started following it diligently.

After completing his MBBS course in 1909, he managed to go to Britain by ship with hardly Rs. 200 in his hands. At Barthalomew Hospital in London, he applied for permission to take MRCP course but was denied permission.  But, his persistence was successful and he got the permission to appear for the examination and he passed both MRCP (as a physician) and FRCS (as a surgeon) examinations within two years. He returned to India in 1911.

Dr. B.C. Roy contested for the post of Mayor in Calcutta Municipal Corporation and won. During his tenure as the Mayor, he was responsible for  starting Jadavpur TB Hospital, Victoria College and Hospital, Chittaranjandas Cancer Hospital, Chittaranjan Seva Sadan for Women and Children, Kamala Nehru  Memorial Hospital and many small hospitals in mofussil areas.

He was selected as the Vice-Chancellor of Calcutta University and during his regime, he was responsible for starting a few new colleges in the State including Pharmacy Colleges.

In the year 1941, Dr. B. C. Roy was appointed as the Governor of Bengal State. He was in the office for one year and during that short period he brought in a number of improvements in the administrative levels.

Dr.  B.C. Roy start Indian Medical Association (IMA) in the year 1928 with a few of his colleagues for which he was the first President for three years. There were only 226 members then and today there are nearly four lakh members who are fully qualified in modern medicine.

Dr. B.C. Roy started Medical Council of India (MCI) and was its President for five years. He brought in strict regulations to medical colleges.

In May 1933, when Gandhiji  was undertaking a 21-day fast in Parnakutivin, Poona (now Pune), Roy was by his side and taking care of him.

Dr. B.C. Roy was a close friend of Mahatma Gandhi and had participated in the Dandi March. At one point Gandhiji was a bit indisposed and Dr. Roy tried to give him medicines but Gandhiji refused and told him: “I don’t want your medicines for free. Will you give free medicines to all our people in the country?” To which Dr. Roy replied: “Gandhiji, I am not treating you as Mohan Das Karamchand Gandhi,  but as a person who represents forty million people of our country.” Then Gandhiji agreed to take medicines.

At the instance of many persons in the Congress Working Committee and Gandhiji’s advice, Dr. B.C. Roy contested for the Chief Minister’s post in West Bengal and won the election. He served as the CM for 14 years.

When he took over as the CM, the whole State was in utter confusion and chaos. With dedication, devotion and exemplary planning, Dr. Roy brought the conditions under control stage by stage. Five new cities — Kalyani, Durgapur, Bidhan Nagar, Ashoknagar and Habra — were declared open by him. His concern for the poor and also women was greatest and he brought out many reformations.

In 1961, Dr. B.C. Roy was awarded with Bharat Ratna, the highest civilian award of the country.

In 1976, ‘National Dr. B.C. Roy Award’ was instituted in his memory for work in the areas of Medicine, Politics, Science, Literature and Arts.

On this Doctors Day, let us all salute this legendary personality of our country.