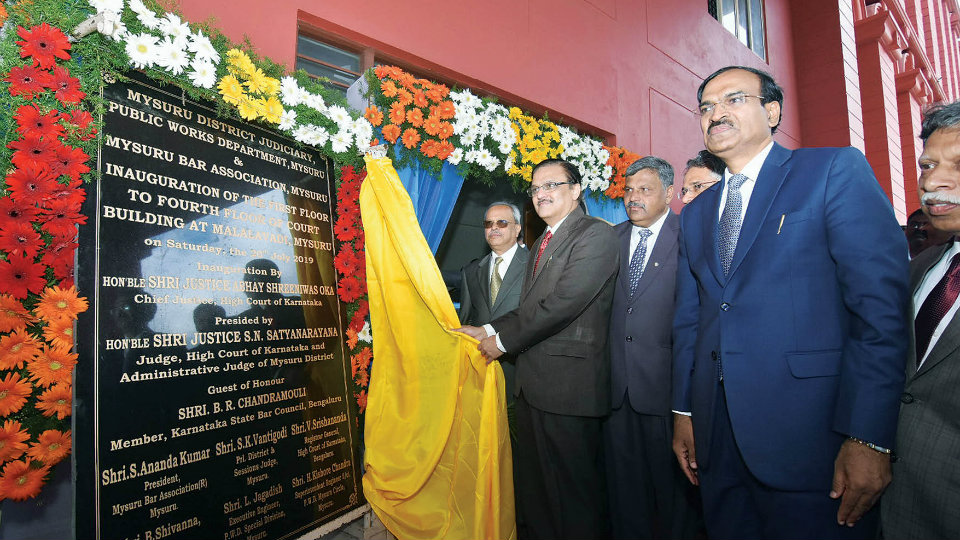 Mysuru:  Newly constructed 20 Court Halls located on the first to fourth floor of the Court Complex at Malalavadi in city was inaugurated by Karnataka Chief Justice Abhay Shreeniwas Oka this morning.

Speaking on the occasion, Justice Oka said that having new Court buildings will not serve any purpose until justice is delivered on time.

“Today, people are hesitant to approach the Courts for justice as they fear delay in justice delivery. Credibility of Courts is at stake as our execution is not up to the mark. Only good co-ordination between the Advocates, Court employees, Bar and Bench can help in better and speedy justice delivery,” he said.