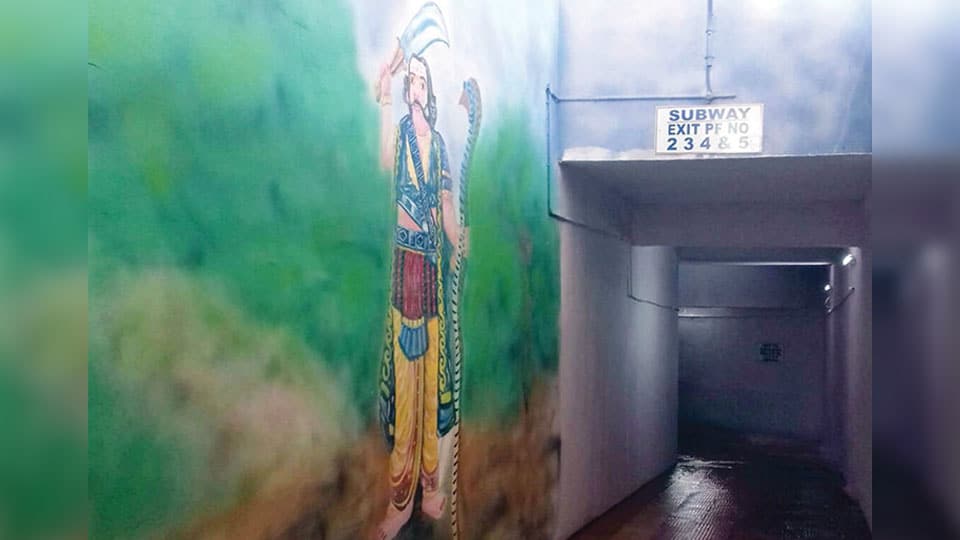 They will inaugurate the subways and lifts at the Mysuru Railway Station and also the Wi-Fi services ‘Rail-Wire’, provided by ‘RailTel’ and Google. MP Pratap Simha will join them online through video link from Mysuru City Railway Station.

RailTel is the telecommunications wing of the Indian Railways and Google has taken up a project to provide high-speed Wi-Fi broadband internet connection to passengers and others at 400 Railway Stations in India by 2019.

The other stations of Karnataka that have made to the first 100 list are: Bengaluru City, Mangaluru Central, Hubballi, Kalaburagi and Yesvantpur (Bengaluru). Besides, the passengers, all those who visit the Railway Station, including students, can use the Wi-Fi for one hour and download up to one GB data free of cost.

The lifts and the 65-metre subway have been done artistically, and paintings that depict the art, culture, traditions, history and heritage of Mysuru city, adorn the walls.

The subway was constructed at a cost of around Rs.7 crore and the South Western Railway (SWR) authorities have made sure that the subway has no flight of steps (like the ones on Sayyaji Rao Road and near the Dasara Exhibition grounds) to ensure that the new facility is used by senior citizens and physically challenged. It has been designed in such a way that the battery-operated vehicles and wheelchairs can easily travel through all the six platforms. 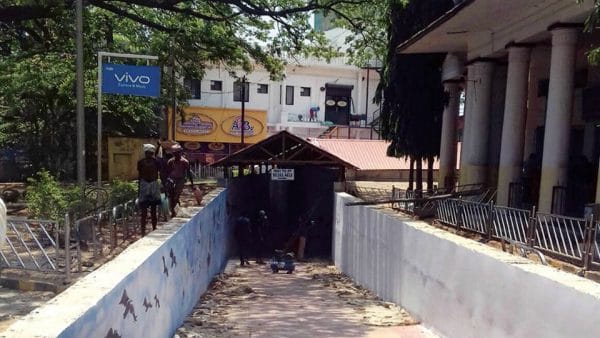 SWR, which took up subway works around two years back, used ‘box pushing technology’ to ensure the traffic was not affected on the busy KRS Road. The Railway authorities have also ensured to popularise some of the major tourist spots by painting the inner walls of the subway with pictures of major landmarks in the city such as the Mysore Palace, Chamundi Hill, Silver Jubilee Clock Tower, Mahishasura and Nandi statue.

SWR will introduce Train No. 22679/22680, Yesvantpur-Hassan-Yesvantpur Daily Superfast Intercity Express. The inaugural special will be flagged off by Railway Minister Suresh Prabhu and other dignitaries at Yesvantpur Station tomorrow.

The regular service of this train will commence from Mar. 27.  The train will stop at Chikbanavar, Nelamangala, Kunigal, Yediyuru, B.G. Nagar, Shravanabelagola, and Channarayapatna in both directions.  Accordingly, Train No. 22680, Hassan-Yesvantpur Daily Superfast Intercity Express departs Hassan at 06:30 hrs. and reaches Yesvantpur at 09:15 hrs.

In the return direction, Train No. 22679, Yesvantpur-Hassan Daily Superfast Intercity Express departs Yesvantpur at 18:15 hrs. and arrives Hassan at 21:00 hrs.