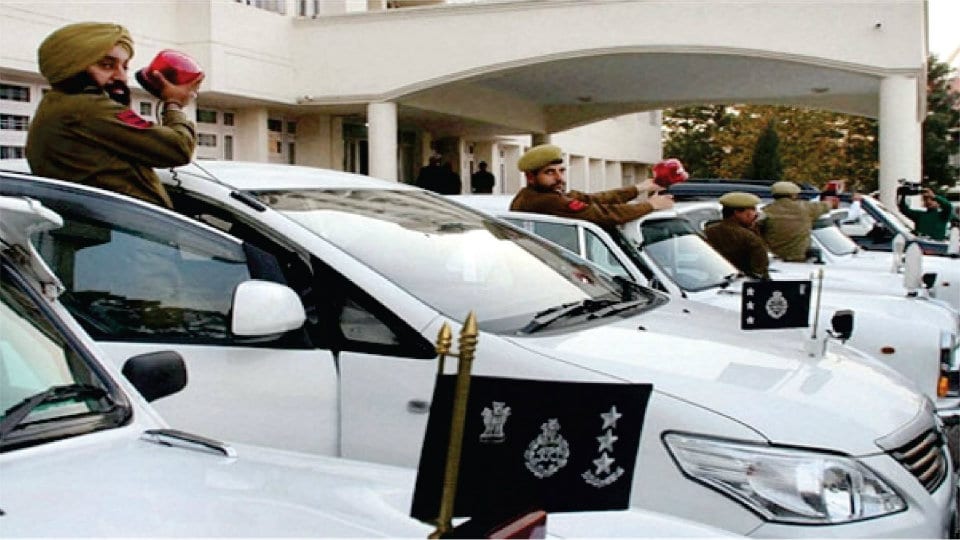 New India in the Making

Here are three developments: Banning of Red Beacon, Implementation of RERA and Dynamic Pricing of Petrol

May 1, was not only International Labour Day, but it was also a day in our country when a slew of Acts and Rules came into effect. Actually, there were three changes which is supposed to make a difference to the life of the common man.

Prime Minister  Narendra Modi decided to put an end to this culture, which is a vestige of the British Raj. The Cabinet was informed and according to Finance Minister Arun Jaitley, the amendments will be made in the Central Motor Vehicles Rules to give effect to the decision.

However, right now it is another matter that a few Ministers in States like West Bengal and Karnataka are opposing it with the excuse that their Chief Ministers should order and only then, they will remove it. Minister for Food and Civil Supplies U.T. Khader is one such who has refused to follow the rule.

He has questioned how a move like this would help the poor and the hungry. “It is the State Government which has given me this car and I do not have any right to alter it. If instructions to remove the red beacon comes from Chief Minister Siddharamaiah, I will then obey and remove the beacon lights,” he has said in Mangaluru. However, Forest Minister B. Ramanath Rai had the red beacon on his car removed on April 30, a day before the rules came into force. Some rationalists have rightly questioned the purpose of having a motorcade of a dozen cars whenever a VIP moves.

The second is the Real Estate (Regulation and Development) Bill, 2016, (RERA Act) that was passed by Parliament in March last year and all the 92 sections of the Act came into effect from May 1, 2017. Housing and Urban Poverty Alleviation (HUPA) Minister M. Venkaiah Naidu has said that the law will make “buyer the king”, while developers will also benefit from the increased buyers’ confidence in the regulated environment.

The new Act is very strict as the developers and real estate agents have to compulsorily register their companies and projects. They have to deposit 70 percent of the funds collected from the buyers in a separate bank account for the construction of the project.

Speaking to Star of Mysore, V.K. Jagadish Babu, President of Confederation of Real Estate Developers’ Association of India (CREDAI), Karnataka, said that the CREDAI has welcomed RERA both at the State and National level but they are still seeking clarity on various provisions of the Act.

The State Government is yet to notify the RERA rules as it has missed the deadline to implement the Act that would have helped the buyers of homes. Meanwhile, 13 States have already brought the Act into force. Asked about this, Babu said, “there is a lot of confusion right now about the implementation of the Act. For instance, some of my projects are nearing completion and I have to get the Completion Report (CR). If by some chance it gets delayed at this stage then under the new Act I will be liable to pay the penalty to the buyer. This is one of our major concerns. Otherwise, we welcome the Act in toto.”

However, what about the builders whose projects are in limbo for a long time as a result of which the buyers who have paid huge amounts of money as part payments are suffering? He said: “There are bound to be black sheep in any profession and action should be taken against such people under the new Act.”

The third change that came into force from May 1 is the ‘Dynamic’ daily pricing of fuel that has been introduced as a pilot project in a few cities in the country. According to S.K. Dinesh, Honorary President of Petroleum Dealers Association of Mysore, the prices of oil will change every midnight. However, this has not come into effect in our city yet.

He said that this has been introduced to follow the international pattern that has been adopted in a few countries. The dynamic daily pricing will result in prices varying from outside the city to inside the city. For instance, petrol might cost 20 paise less in Belavadi when compared to a petrol bunk inside the city in Vijayanagar.

“There will be a competition between oil companies like HP, BP, IOC, Reliance, Shell to name a few. There could also be a competition in the form of door delivery of petrol which the Government is thinking of introducing now,” said Dinesh and added: “we also fear losses because of the dynamic pricing. For instance, if the price of petrol goes down by Rs. 2 on a particular day then we stand to lose because we will have the stock of petrol, that could last for quite some time.”

Later, this writer, spoke to Ravi Prakash Baid, a petrol bunk dealer in Vishakapatnam, where the dynamic daily pricing has been introduced and  he said that he had two petrol bunks, one, inside the city and other on the National Highway. While the price of diesel had gone up by 44 paise and petrol by one paise in the whole of the country, in Vizag it had gone down by 9 paise for diesel and 90 paise for petrol.

Another interesting fact was that since the pilot project was introduced in Vizag city and not in the Highways, the differential pricing did not affect the bunks on the Highways. “The consumers could be benefited in the long run because the oil company fixes the price and the change is effected by it every midnight and that is done automatically,” he said.

“If the price varies between a few paisas then we can absorb it. Anything above Re. 1, we incur losses. Hence, we have suggested to the oil companies that if the profit is more, then it can be debited to our account and if the loss is more, then the money should be credited to our account, for which they have said that it is a good idea worth pursuing.”

In an interesting discussion on the taxes on fuel watched by this writer on a private television channel last night, it was revealing to learn that the cost of petrol should actually be about Rs. 32.25 per litre but we end up paying anywhere between Rs. 70 and Rs. 75 depending on which State we live in. According to the host  who was anchoring the debate, why should a common man be taxed so heavily for what has become an essential commodity today.

The lively discussion threw light on how the Central Excise Tax, State taxes and other cess like Krishi cess, Swachh Bharat cess have all added to the high cost of fuel and the majority of the experts view was that the common man is being looted of his hard earned money because it is one of the few commodities that the Government can collect taxes with impunity and janata is left fuming but helpless.