Home » News » Nipah has not tiptoed to Mysuru, say officials 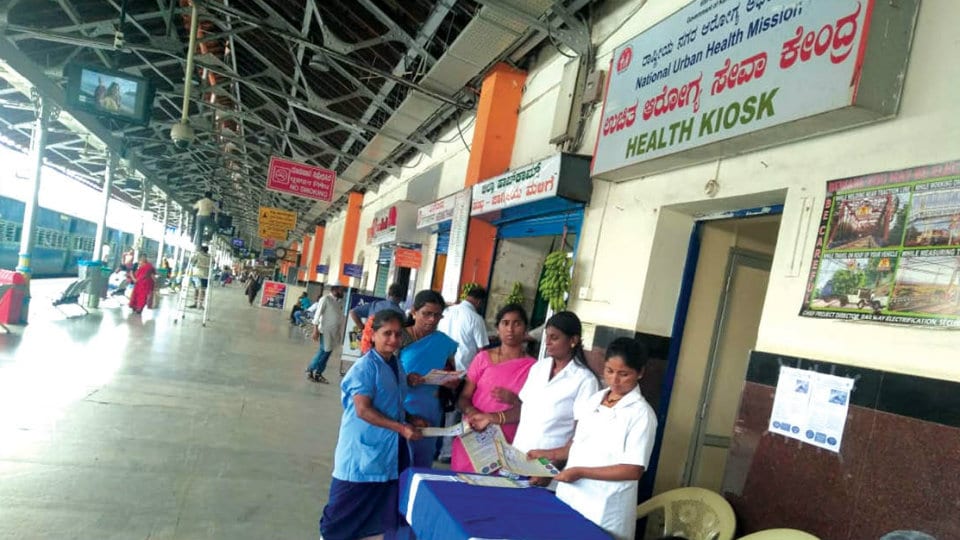 Nipah has not tiptoed to Mysuru, say officials

Mysore: With batches of people in Ernakulam District of Kerala, hit by killer Nipah virus, being removed  from the surveillance list, the Mysuru district officials are breathing easy and according to them, as of now there is no Nipah scare in Mysuru. However, they are alert and ready to combat the disease, they claim.

Not a single case of Nipah has been reported in Mysuru despite hundreds of people arriving to Mysuru from neighbouring Kerala. All the people, including those coming in buses are being screened and suspicious fever and cough cases are being tested regularly at Bavali Check Post in H.D. Kote.

The focus of Mysuru Health Department is H.D. Kote and that is why the special counter has been set up at Bavali. All vehicles entering Mysuru are being screened and droopy persons are being checked for symptoms. In some cases, their blood samples are collected and sent to laboratory for checks.

H.D. Kote is the hub of tribal Haadis and the tribals cross the border to buy vegetables in Kerala and people from Kerala come to H.D. Kote to consume liquor as booze is banned in Kerala. As such there is a constant movement of people from both States. “Taluk Health Officer Dr. Ravikumar and his team of six experts and medical staff are stationed at Bavali and we are also visiting tribal Haadis to see if patients are ill or if they have fever,” said District Health Officer Dr. R. Venkatesh.

Forty-seven of the 330 people who have had direct/ indirect contact with the Nipah patients and were under home quarantine have been removed from the surveillance list in Ernakulam district. For the rest, the incubation period for any viral fever will be ending in the coming days and they will be released from home quarantine depending on their health status, said officials from Kerala.

The Kerala Government will take a decision on declaring the Ernakulam district free of Nipah in the coming days after all the people who had come in contact with the Nipah-positive persons are free of the threat, they added.

Mysuru District Surveillance Officer Dr. Kusuma said that the Health Department had planned to set up special counters at tourist spots in city but shelved the plan as it would create panic. “We will remain alert till the Kerala Government declares its districts Nipah-free. Till then there will be constant monitoring at all places including Railway Station, Bus Stands and tourist spots,” she added.