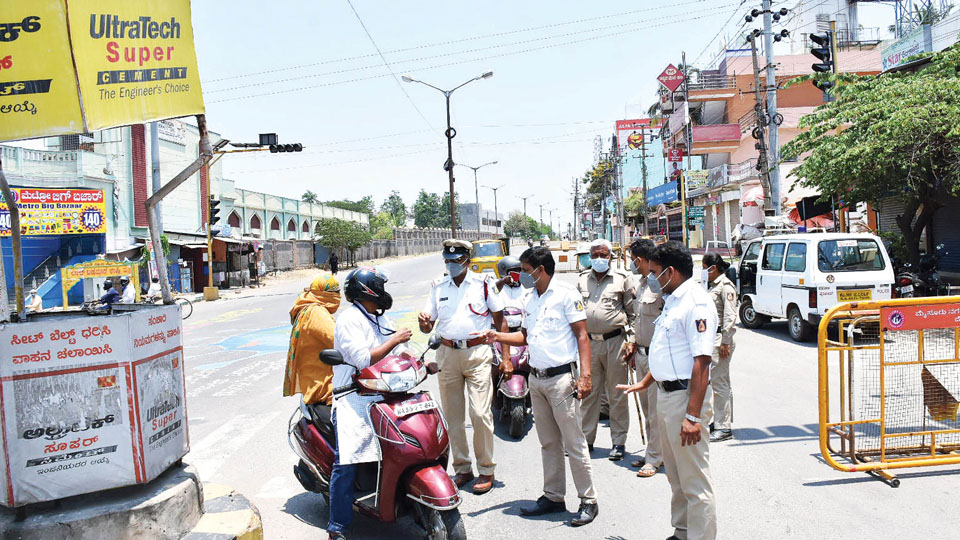 Mysore/Mysuru: The Mysuru District Administration has successfully mounted efforts and has tracked down nearly 63 people who were among the 342 from the State who attended the religious congregation of Tablighi Jamaat in Delhi between Mar. 8 and Mar. 20.

The gathering had hosted 9,000 people including 1,500 foreigners and the event has now turned out to be the hotbed of COVID-19 spread in the country. Thus far, the congregation has been identified as being responsible for 358 infections and nine deaths. Many States in India are racing to search for participants and their footprints and Mysuru administration too stepped up efforts to trace them.

Speaking to Star of Mysore this morning, Mysuru Deputy Commissioner Abhiram G. Sankar said that all the 63 Mysureans who had attended the Nizamuddin Markaz have been identified and have been placed under 14-day quarantine at several places in Mysuru including hostels, lodges and the COVID-19 Hospital (District Hospital) on KRS Road. Samples and swabs will be collected and tested after 14 days and only then it can be ascertained if they are infected or not.

“They have been placed under quarantine as per the directives of Centre and State Government. Some residents are opposing their quarantine in lodges and hostels near their homes. There have been incidents of protests and a law and order situation. I appeal to them that even the quarantined persons are human beings with families. We request support from local residents,” the DC appealed.

The District Administration, the Health Department and the Police are also tracing the relatives of Markaz attendees in Mysuru and their Call Detail Records (CDR) have been procured and handed over to the Police. “Primary and secondary contacts are being traced as per the protocol and in case the tests turn positive, even relatives will be put under 12-day quarantine to arrest the spread of the virus,” Abhiram Sankar said.

Assistant Commissioner of Police, Devaraja Subdivision Shashidhar told SOM that the Police have enforced nakabandi in certain areas to enforce movement restrictions. Except for essential commodities, movement has been restricted and the main traffic has been diverted in Udayagiri, Ghousianagar, Rajivnagar, Beedi Colony, Aziz Sait Nagar, Gayathripuram, Mandi Mohalla, and N.R. Mohalla. “This is to enforce lockdown and to prevent the spread of virus in case anyone is infected or showing symptoms,” the ACP said.

Additional staff has been summoned from Devaraja, Narasimharaja and N.R. Traffic divisions, City Armed Reserve and Home Guards to enforce the nakabandi. “We will work in shifts and will allow only the movement of essential commodities. We have barricaded the roads to prevent unnecessary movement and lathi-wielding Police are guarding the barricades,” Shashidhar added.

The authorities also requested anyone who has information about them should alert the Government, the Medical and Health Department of Karnataka.

The State Government said that as part of the screening health workers from the integrated diseases surveillance programme will launch aggressive testing. These workers will start going door-to-door immediately. As part of the testing, everyone within a three kilometre radius (focal area) of the building and in the buffer area (five kilometre radius) will be screened for symptoms. Those who are symptomatic — a cough will do — will be tested.