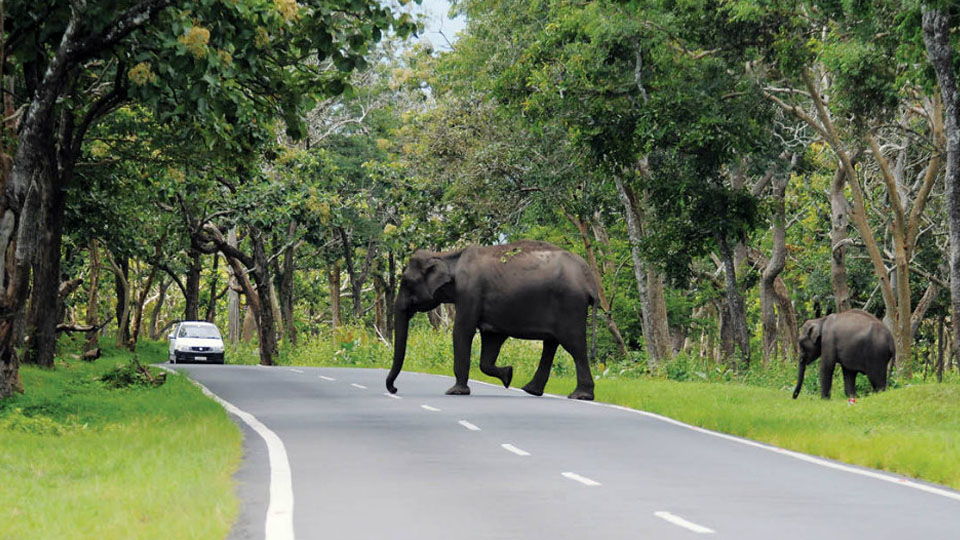 No flyover inside Bandipur: CM tweets

Bengaluru: Chief Minister H.D. Kumaraswamy (HDK) has reiterated his Government’s stand regarding the elevated corridor passing via Bandipur National Park and clearly stated that the State Government has not given any approval for the proposed flyover.

He was reacting to the mega protest by the environmentalists and the citizens near Maddur Gate on Saturday and said that the State Government had not given any permission for the elevated corridor on the National Highway at Bandipur National Park. “We have already opposed it and sent our opinion to the Central Government,” he said.

Kumaraswamy also tweeted as follows on Oct.28: “Our environmentalists & pro-nature activists are protesting against d central govt suggestion to allow night traffic at Bandipur National Park. I promise that our govt will oppose d proposed flyover at the park. We are for conserving nature. Our commitment to protect Bandipur remains.”

“We have already stopped the traffic movement on the National Highway between Karnataka and Kerala during the nights in Bandipur forests. And this decision has continued without any change in our stand. Hence, the environmentalists need not have any anxiety over the issue,” he said.

The anti-elevated corridor protest in Bandipur is taking a serious turn and everyone opposed to it including the environmentalists and locals are protesting vigorously.

The permission for traffic movement in the Bandipur National Park during night times has irked the forest officials and environmentalists. Since 15 years the night ban had been imposed for vehicles moving from Karnataka to Kerala and Tamil Nadu.

The State government had imposed this ban following illegal wildlife activities and to protect the water bodies.

The environmentalists are concerned that the flyovers which are dotting the high-rise skyline in Bengaluru would also invade the Bandipur National Park.

On July 21, the Central government had written to the State government to give its approval for a 35-km flyover on the Highway inside the Bandipur National Park.

Meanwhile, the protest against the proposed elevated corridor project is gaining momentum with even foreigners joining hands.

People from Germany, Italy, France, Sweden and Turkey have been lending their support by signing petitions. This is even before the like-minded group of activists and citizens under the banner ‘Save Bandipur’ are planning a protest in Bengaluru on Nov.10.