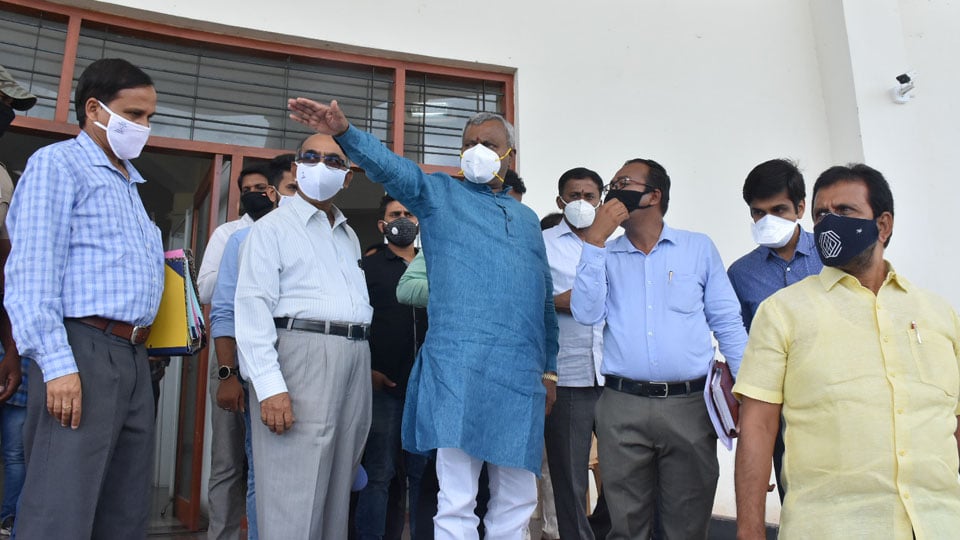 ‘No lavish spending on Naada Habba’

Mysore/Mysuru: Chief Minister B.S.Yediyurappa has instructed to celebrate this year’s Dasara festival in simple manner, said District Minister S.T. Somashekar speaking to reporters on the sidelines of a function to launch a slew of developmental works at Kumbarakoppal here this morning.

Shooting back at a journalist’s question for spending Rs. 15 crore on ‘simple’ Dasara,  Somashekar said “You sponsor Dasara 2020. I will write to the State Government not to release funds.”

The Dasara High Power Committee might have announced Rs. 15 crore for Naada Habba but there is no question of lavish spending. A decision to this effect will be taken at a meeting to be chaired by Deputy Commissioner this evening.

Somashekar said Dasara is a ten-day event which involves spending. However, impetus will be given on spending as much less as possible. While the Government has released Rs. 15 crore, Mysuru Urban Development Authority (MUDA) has released Rs.5 crore. Besides, the Govt. owes Rs. 8.5 crore to contractors and others since last year. The Finance Department is seized of the matter and expected to take a call soon, he said.

On payment of honorarium to Mysore Royal Family for the use of Golden Howdah and the gem-studded Throne, the Minister said the system will be followed. Already, he has met Pramoda Devi Wadiyar much before Dasara festivities and sought her co-operation. She has promised full co-operation to celebrate Dasara in meaningful manner. He will meet her again soon along with the city MLAs and MP to seek her guidance, the Minister said.

Somashekar said Dasara meeting is scheduled this evening to take stock of preparations. Heads of various Departments have been asked to suggest five names of Corona Warriors who will be inaugurating the Dasara festival on Oct. 17 atop Chamundi Hill.

Replying to a question, he said Co-operation Department has started disbursement of Rs.15,300 crore loan to 12.7 lakh farmers. Under Arthika Spandana scheme, Rs.39,000 crore will be disbursed to small and micro farmers, small traders and others who are hit by COVID-19.  The Bengaluru division level programme was launched by the CM yesterday. The Mysuru Divisional level programme will be held in Mysuru on Oct. 2. Date for Kalaburgi and Belagavi divisions will be decided soon, he added.